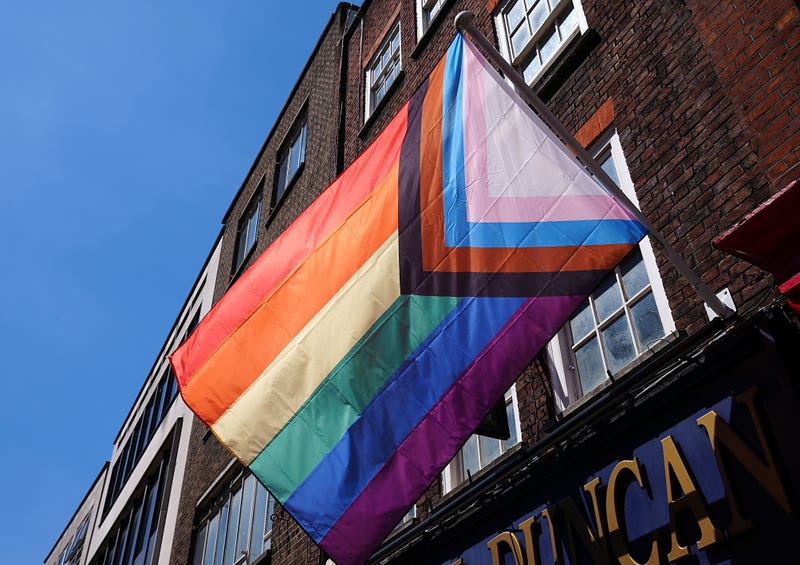 The annual event is an opportunity for the LGBTQIA+ community to celebrate the freedom to be themselves and for allies to show their support.

Many of the pride parades that typically take place around the country every June were canceled in 2020 amid the COVID-19 pandemic, while last year events were either scaled back or postponed. This year, many cities such as New York and West Hollywood are back to offering large gatherings with parades to let the community come together and celebrate.

But what are the origins of the month-long holiday? These are a few things you need to know about how Pride Month came to be and why we celebrate. 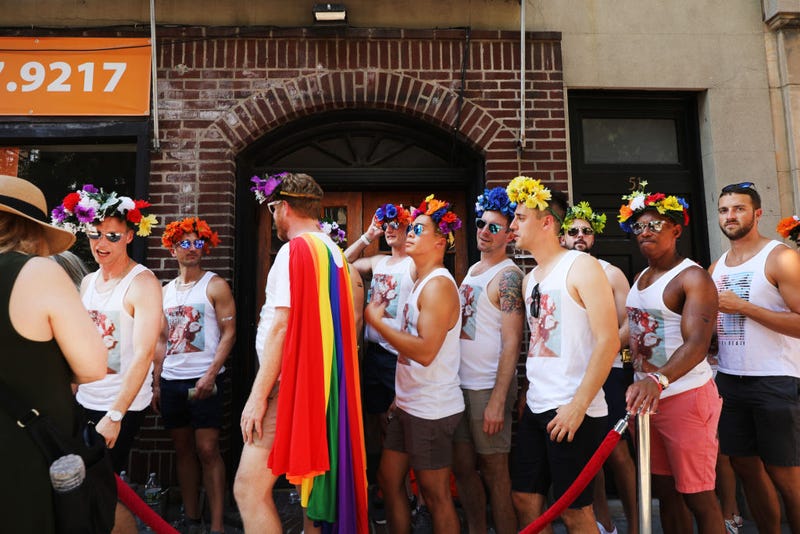 People gather in front of the Stonewall Inn in celebration of Pride in NYC on June 28, 2019 Photo credit Getty Images

How did Pride Month begin?

Pride Month traces its origins back to the Stonewall Riots in June more than half a century ago.

On June 28, 1969, police raided the Stonewall Inn, a gay bar in Greenwich Village in New York City. What followed were several days of unrest between the LGBTQ+ community and the NYPD.

The June 28th raid at Stonewall galvanized the LGBTQ+ community for the first time as activists met police with resistance in the days that followed. Sylvia Rivera, a trans activist who was at the uprising, said she saw molotov cocktails being thrown.

Although the protests died down, the movement spread to form national organizations like the Gay Liberation Front and the Gay Activists Alliance. A year after the riots, the country’s first Gay Pride marches began. 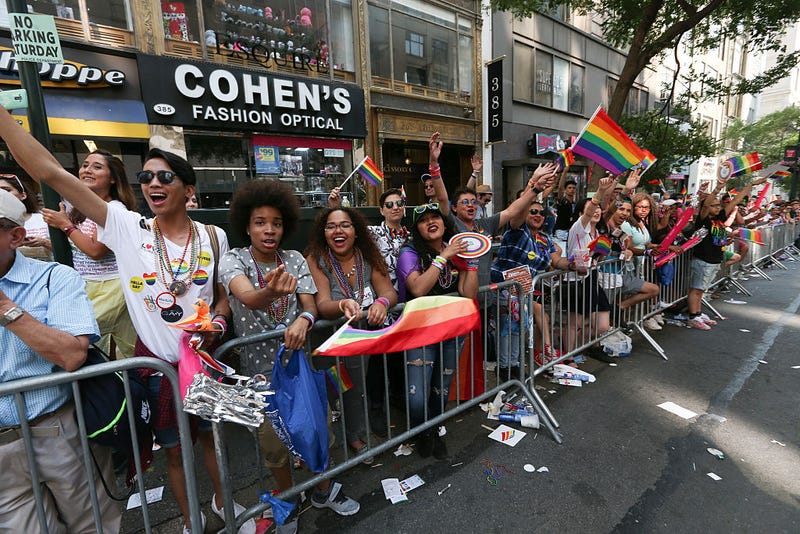 How did it come to be called ‘Pride’? 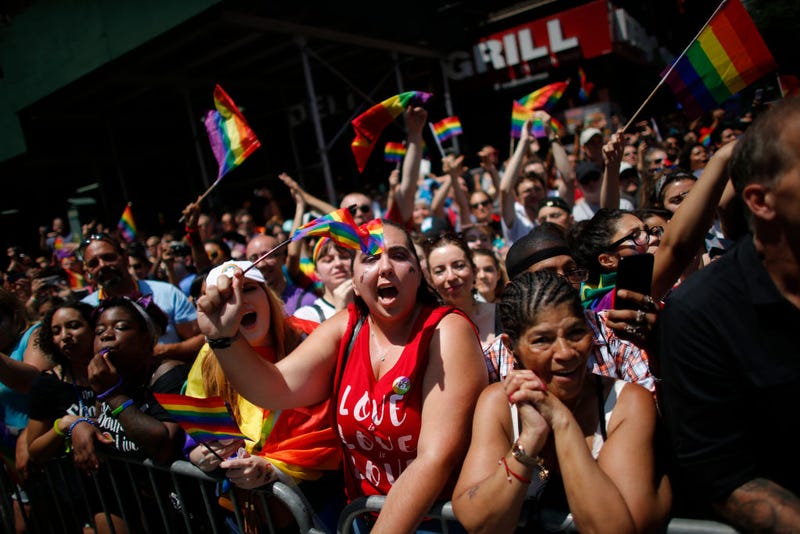 What is the symbolism of the rainbow flag?

The Pride flag was first designed by artist Gilbert Baker, according to CNN. In 1978, Baker was commissioned to create the banner for San Francisco’s pride celebration by city supervisor Harvey Milk, one of the country’s first openly gay politicians.

The flag draws from the stripes of the American flag, but used the colors of the rainbow to represent the different groups within the gay community, as well as different meaning. According to Pride.com, hot pink represents sexuality, red represents life, orange represents healing, yellow represents sunlight, green represents nature, turquoise represents magic and art, indigo represents serenity and harmony, and violet represents spirit. Black and brown were added to the flag in 2017 to demonstrate that the LGBTQIA+ community is comprised of diverse individuals. The Progressive Pride Flag incorporates light pink, blue and white to to represent the transgender community. 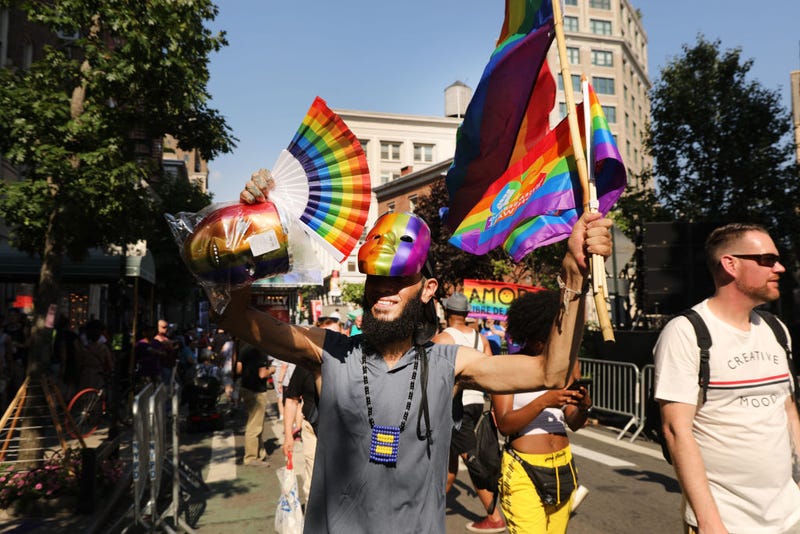 Pride is for everyone.

Events are targeted to individuals who identify outside of the heterosexual mainstream.

Pride encompasses who fall on the LGBTQIA+ spectrum, which stands for lesbian, bisexual, gay, transgender and queer, and also extends to include instersex and asexual groups. They also apply to people who idenitfy as pansexual, gender fluid and/or non-binary.

However, Pride events are open to all people outside of the LGBTQIA+ community, and are an opportunity for these individuals to show support and be allies to the community. 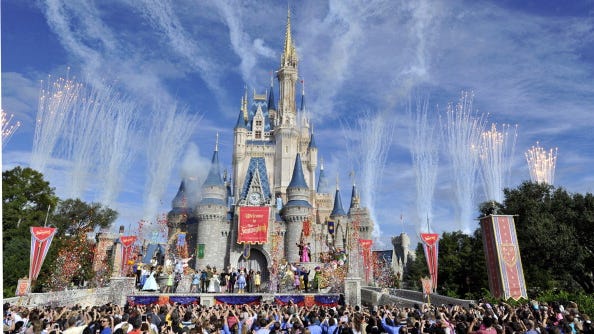