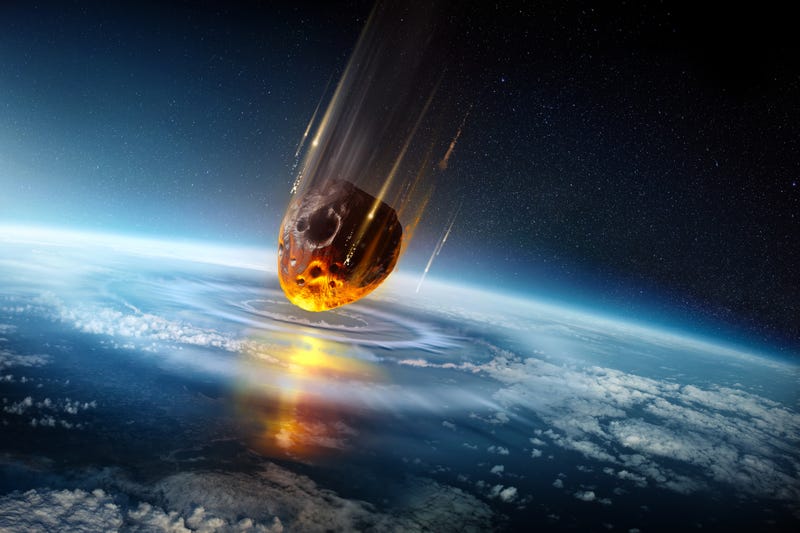 The idea of a large object like an asteroid hitting the Earth has been a go-to plot for Hollywood for a long time.

Movies like “Armageddon,” “Deep Impact” and the recent Netflix film “Don’t Look Up” have brought the subject beyond the realm of science and into popular culture.

Questions like “How much should we actually be concerned about this happening?" and "How big would something have to be to do catastrophic damage to the planet?” can come up after watching such films.

“How much should you worry about the dramatic, but rare things that could happen? I guess the bottom line is, I wouldn't spend a huge amount of time worrying about it. But at the same time, as a society, it's worth it for us to think a little bit about it,” Eric Jensen, professor of astronomy at Swarthmore College, suggested.

“It's a risk that's out there, and it's something that we need to think about and pay attention to. But at the same time, the chance of something really big hitting the Earth is quite small.”

Jensen said that NASA has been mapping all the objects it can discover in the solar system, particularly asteroids that they think are at least 140 meters in diameter.

So far, they have not found any that could crash into us in the near future.

“None of those are on a collision course with Earth anytime soon,” said Jensen. “But the idea is to try to identify things sooner rather than later. And just to be aware of, of, you know, what kind of risk we are dealing with.”

Jensen said that scientists have been able to measure the effect large objects from space have had when striking the Earth in the past, such as the 1908 impact of a 50-to-80 meter object in Siberia that downed trees 50 miles away.

“140 meters would be on the scale where it would have impacts for hundreds of miles around, but not like the whole planet,” said Jensen.

“It depends a lot on where it hits, right? If it hits a populated area, that's a whole different story than if it falls in the middle of the ocean. Most of the earth is an ocean, so that's a plus side, but you don't have any control over where things are going to hit.“

Catch Jensen’s full discussion with KYW Newsradio In Depth about the possibility of such an asteroid impact on earth, just how large an object impacting the earth would need to be to have a global effect, and what NASA could do about it if they discover such a danger.

Listen in your podcast player below.