Wonho has forged his own path and is ready to share the follow up to his debut mini-album.

Following the positive response he received from his first mini-album, Wonho kept the same source of inspiration while making Love Synonym Pt. 2. His fans.

“I definitely thought of my fans while making this album,” he says. “I was inspired so much by my fans, WENEE. I would say WENEE was the biggest inspiration. So, I tried to focus and complete this album by focusing on the message that I wanted to convey to my fans.” 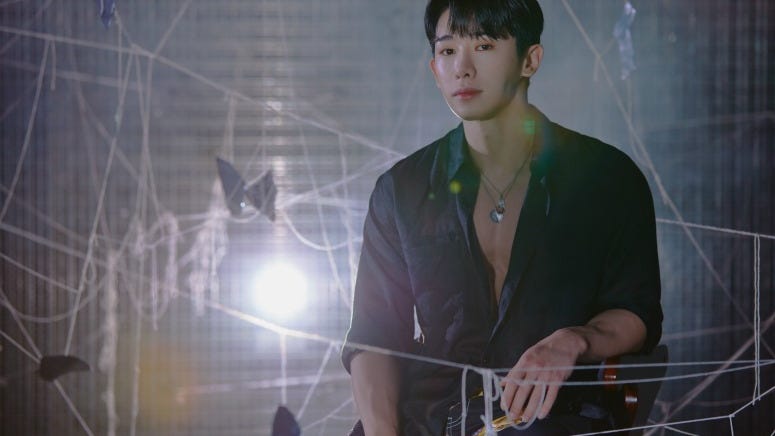 Wonho Returns and Reveals Why the Fans Are So Important: 'We Are Forever Connected'

That inspiration is felt in his music and is the message he wants to send to fans with this mini-album. “I wanted to make a track that has a melody which everyone would like listening to and I wished to convey the message of gratitude to my fans using my fandom name,” he said. “I’m so glad to have my special fandom name ‘WENEE.’”

Wonho also opened up about what it is that makes the album feel real.“I would say the moments I’m doing the interviews like now because it makes me feel like it’s real,” he said. “That it’s the time I’m releasing my new album. So, doing the interviews means a lot to me.”

There’s two songs that stand out to Wonho on Love Synonym Pt. 2. “I would say ‘Outro : And’ and ‘Ain’t About You (Feat. Kiiara)’ are my favorite songs from this album,” he says.