The Bruins opened their preseason slate with a 2-1 loss to the Flyers Saturday night in Philadelphia.

Brothers Jackson and Noah Cates took care of all the scoring for the Flyers, with Jackson scoring the winner with 4:40 left in the third. Jakub Lauko scored Boston’s lone goal.

Jakub Zboril looked great in his first game back

Zboril appeared to finally be on the verge of establishing himself as an NHL regular last season, only to suffer a devastating torn ACL in December that ended his season.

Saturday night marked his first competitive game since that injury, and the 25-year-old defenseman looked great. In fact, he looked like the best player on the ice.

Zboril was a force right from the get-go, consistently making things happen with his skating. Just in the first period, he drew a penalty on an offensive-zone pinch, set up Fabian Lysell for a great chance on the power play, and made a nice rush up the middle of the ice to set up Jack Studnicka for another chance.

Zboril is almost certainly going to get regular playing time early on with Charlie McAvoy and Matt Grzelcyk out. The question is whether he’ll continue to once they return. There’s obviously a long way to go between now and then, but Saturday was a good start.

Besides Zboril, the story of the game was looking like the Bruins’ inability to finish. Fabian Lysell, Jack Studnicka and Jakub Lauko all missed the net on great looks during the first half of the game, while Tomas Nosek and A.J. Greer both completely whiffed on grade-A chances.

Finally, Lauko broke through to tie the game with 9:50 left in the third when he collected a puck in the slot and quickly snapped a shot under the crossbar to tie the game.

Young players don’t really have a ton of time between now and opening night on Oct. 12 to show that they deserve a roster spot over a veteran, so finishing chances when you get them -- especially high-danger chances -- definitely matters.

Lauko is still probably a long shot to make the team out of camp, but he played well Saturday and scoring Boston’s lone goal only helps. Lysell and Studnicka did some good things as well, but finishing their chances could have elevated their nights. (It’s worth noting that Studnicka did have a goal waved off due to a quick whistle.)

Johnny Beecher also had a couple decent looks that were turned away. At least he had three goals in three games in last weekend’s Prospects Challenge to help show that his offseason work on his shot paid off, though.

Speaking of finishing, Nosek’s picked up where it left off last season. Unfortunately, that’s not a good thing.

Nosek scored just three goals last season, and none over the final 57 games. In the second period Saturday night, he got his first good chance of the new season.

Nosek carried the puck into the offensive zone and created some space for himself with a cut to the middle of the ice. Then… he just straight-up fanned on his shot attempt.

You almost just have to laugh at this point, except that Nosek’s job isn’t guaranteed this year the way it was last year. There are several younger players trying to force their way into a fourth-line job, including center options like Studnicka, Beecher and Marc McLaughlin. If Nosek can’t show that his game -- especially his offensive game -- is in a better place now, he could end up waived or traded.

Connor Carrick and A.J. Greer seemed to be signed this summer for organizational depth as much as anything, but both certainly have a chance to compete for an NHL roster spot -- Carrick on right defense, Greer at left wing.

You can bet their teammates, coaches and the front office took note of what they brought to the table Saturday night. Carrick landed a huge, clean hit on career pest Antoine Roussel in the first period, then dropped the gloves with Wade Allison to promptly answer for it (not that he needed to answer for it, but whatever).

Connor Carrick with a big hit on Antoine Roussel: pic.twitter.com/RthRJoX0Wc

Then in the second period, Greer dropped the gloves with Hayden Hodgson after Hodgson hit Josiah Didier from behind. It wasn’t an especially dirty hit given that Didier turned at the last second, but it’s easy to see why Greer may have thought it was in real time.

Carrick and Greer probably face uphill battles to make the opening night roster -- Carrick perhaps even moreso with Boston now bringing in Anton Stralman, another right-shot defenseman, on a PTO -- but given that the Bruins lacked some physicality and pugilistic skill at times last year, Saturday certainly won’t hurt their cases.

Perhaps the most interesting name who did play was Jake DeBrusk. Given that DeBrusk finished last season on the top line next to Bergeron and is projected to start this season in the same spot, you would have thought he’d be in the group that didn’t have to travel for this game. It might not mean anything at all -- there are any number of reasons Montgomery may have brought him on the trip -- but it was interesting nonetheless. 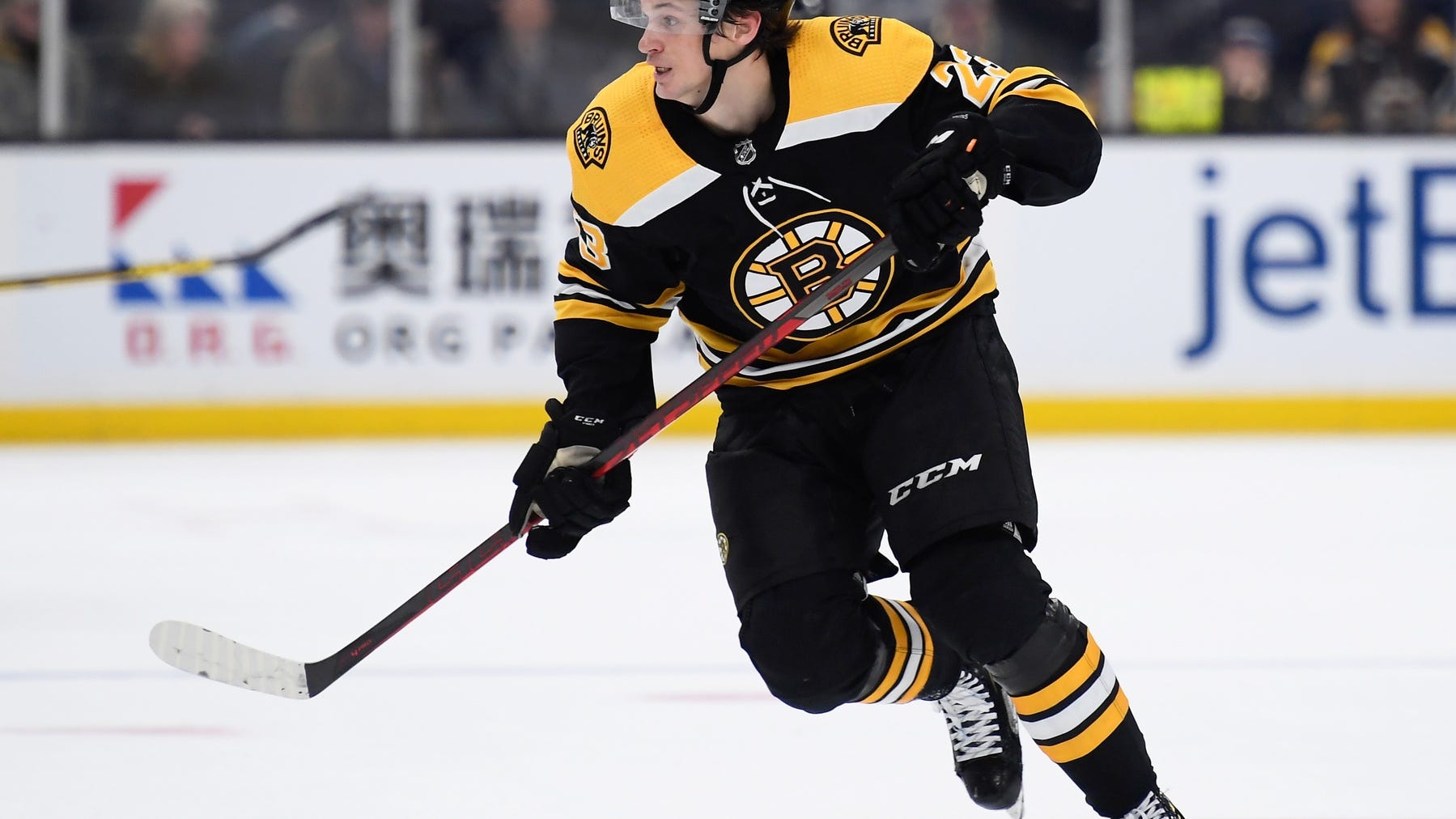