What initially seemed like a comical moment during Friday’s Bruins-Rangers game has since turned into something a bit more serious.

In the closing seconds of a New York win, Rangers star Artemi Panarin leaned over towards the Boston bench and threw his glove at Bruins star Brad Marchand. After the game, Marchand joked that the two disagreed over Thanksgiving food.

Panarin didn’t view the situation as a joking matter, though. After being fined $5,000 for the glove throw, Panarin told reporters that what set him off was something Marchand said about Russia, his home country, that he believed crossed the line.

Reports out of New York indicated that Marchand said something along the lines of, “No one in Russia likes you.” Meeting with the media on Tuesday, Marchand confirmed that is exactly what he said, but he made no apologies for it and said he doesn’t think he said anything wrong.

“I said that no one in Russia likes him,” Marchand said. “If that is now what’s setting guys over the edge, then this is the softest league in the world and no one should be allowed to say anything. Because there’s a lot worse things said out there than that. If that’s what he’s crying about, then it is what it is.”

Marchand was asked if he thought that situation may have had any effect on the three-game suspension he received on Monday for slew-footing Canucks defenseman Oliver Ekman-Larsson.

“I don’t think so, because I didn’t do anything wrong in the Panarin thing,” Marchand said. “So there’s no reason for them to hold that against me. I had a glove thrown at me. I didn’t say anything out of line to him. He reacted a certain way, and he got penalized. They wouldn’t have held anything like that against me.”

While Marchand’s comment may seem relatively harmless on the surface, Panarin’s history with his home country provides context that may explain why he took offense.

Panarin is one of the few prominent Russian athletes who has publicly criticized Russian president Vladimir Putin, and he has faced significant backlash from Putin supporters because of it. Last February, Andrei Nazarov, one of Panarin’s former coaches in Russia and a vocal Putin supporter, baselessly accused Panarin of assaulting a Russian woman in 2011 and bribing police to cover it up. Nazarov admitted he was motivated to make the allegation after Panarin supported anti-Putin protests in Russia, and former teammates of Panarin denied the incident had ever happened.

Panarin took a leave of absence from the Rangers after Nazarov’s accusations and was reportedly concerned about family members who still lived in Russia.

The Rangers reportedly asked the NHL to look into Marchand's comments. While Marchand was mic'd up for the nationally televised game, the league and NHLPA's collective bargaining agreement prevents the league from obtaining that audio unless it already aired on the broadcast.

It's unclear if Marchand confirming what he said could lead to any sort of league action, but that seems unlikely. 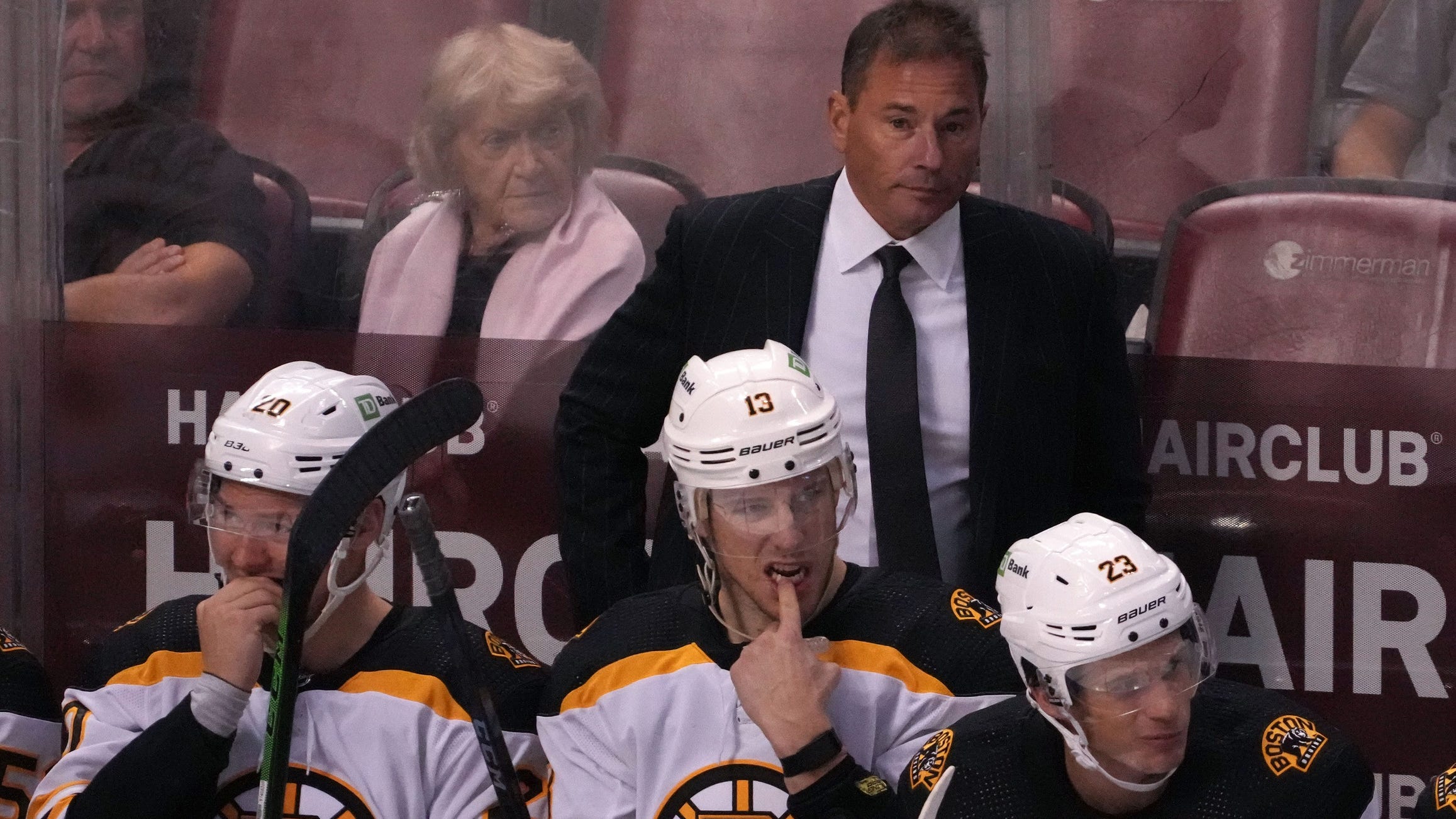