Ime Udoka’s highly publicized cheating scandal has left the reigning Eastern Conference champs in disarray, with no guarantee Udoka will retain his job following a season-long suspension for what the Celtics have deemed a “violation of team policies.” In his absence, many anticipated the Celtics would turn to Brad Stevens, who coached them for eight seasons before moving into the front office as President of Basketball Operations. Instead, the Celtics promoted Joe Mazzulla to interim head coach.

To ease Mazzulla’s transition, the Celtics had hoped to hire Jay Larranaga, though he declined an interview request, preferring to stay with the Clippers. Mazzulla comes highly regarded, though some see his lack of experience as a cause for concern, particularly given their relatively high expectations coming off a season that saw the Celtics come within two games of what would have been their 18th NBA title.

With that in mind, superfan Bill Simmons has a recommendation (not that the Celtics asked), urging his beloved C’s to consider a reunion with Frank Vogel, who, if you recall, started his career in Boston, first as a video coordinator under Rick Pitino before moving to the sideline as an assistant on Jim O’Brien’s staff from 2001-04. The 49-year-old boasts a strong resume, reaching the playoffs in seven of his 11 seasons as a head coach including a championship with the Lakers in 2020.

The Celts need to throw a gigantic bag of cash at Frank Vogel. Has Boston roots. Make him the NBA’s highest-paid assistant. Allow him to fly back to LA for his family + miss 5-6 games. Pull a Vito Corleone + make Vogel an offer he can’t refuse. This team is too close to a title.

Vogel is a terrific coach. Won a title. Got screwed by an absurd Lakers situation last season. Has spent a ton of time with Stevens over the years so Stevens knows how good he is. Started his career in Boston. Beloved there. This has to be the move. They can’t mess around.

As alluded to by Simmons, Vogel maintains a close relationship with Stevens, with Vogel’s Pacers tenure (2007-16) overlapping with Stevens’ stint at Butler—also in Indianapolis—from 2001-13. Vogel is no one’s idea of a perfect head coach and, after recently getting axed by the Lakers, may be looking forward to a year off. However, there’s also validity to Simmons’ claim the Celtics are “too close to mess around,” a legitimate title contender anchored by superstars Jayson Tatum and Jaylen Brown, along with defensive juggernauts Marcus Smart and Rob Williams, battle-tested veteran Al Horford and sixth man Malcolm Brogdon. Vogel’s championship pedigree and familiarity with Boston are both assets, as is his track record handling big egos, finding a way to coexist with LeBron James, Lance Stephenson, Paul George and Anthony Davis, among other high-maintenance divas.

Vogel may prefer to keep his options open, waiting for another head-coaching job to emerge. Mentoring a 34-year-old, first-time coach might be a tough sell for a recent NBA champion based on the opposite coast, though Simmons would suggest Boston has deep enough pockets to pull off what would be an impressive sleight of hand. It’s probably a pipe dream, but if the Celtics have any lingering doubts about Mazzulla, it wouldn’t hurt to bring in Vogel, at least for a conversation. 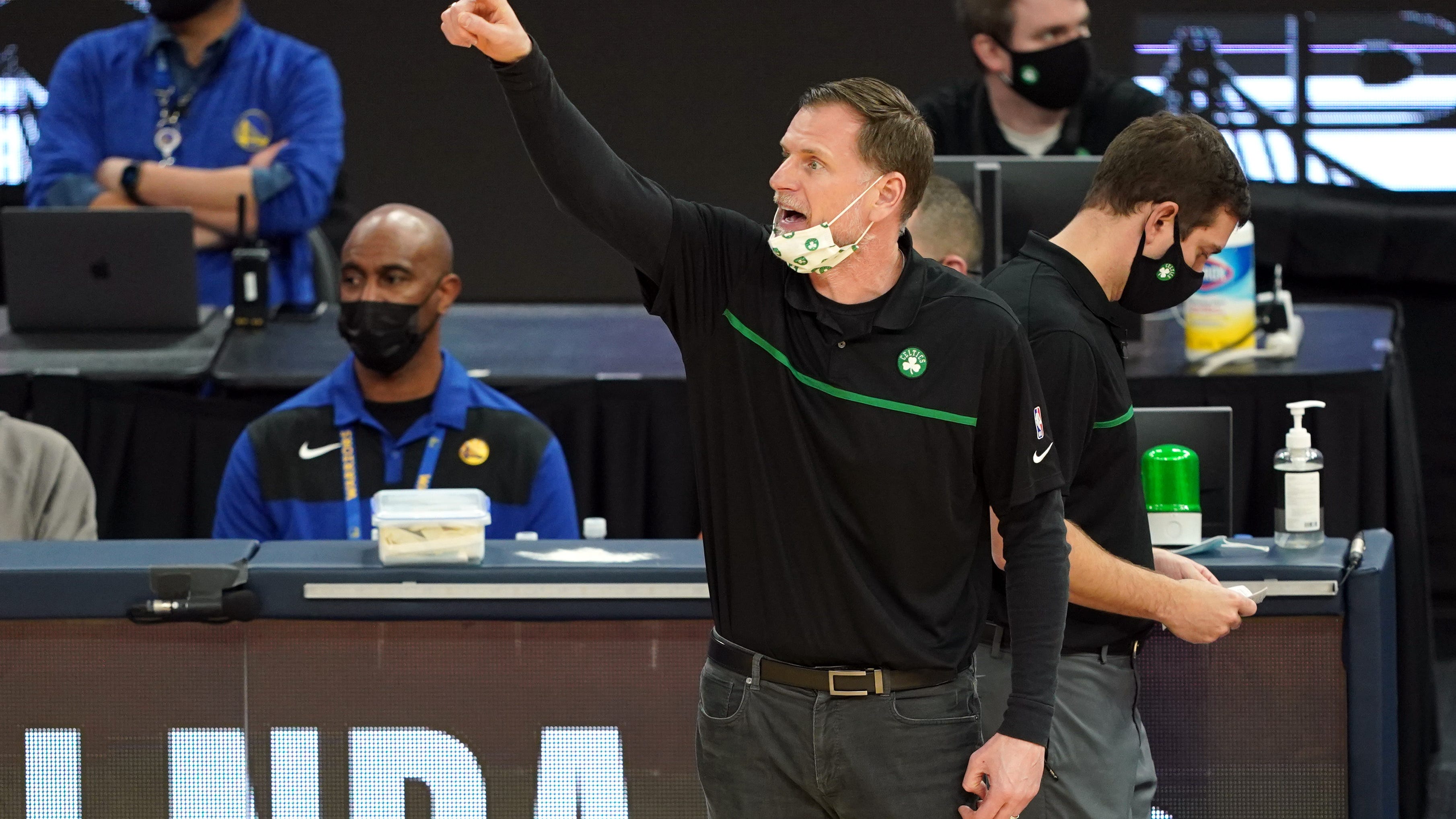