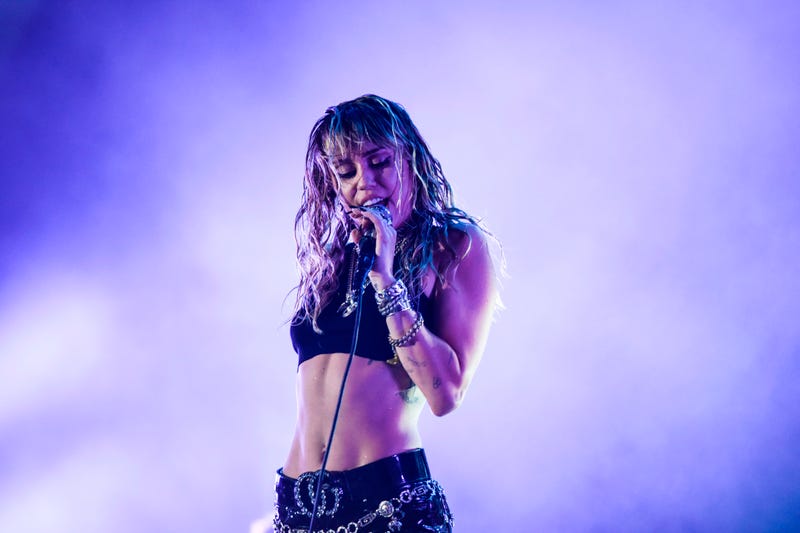 o   The singer's new single is a certified smash.

o   Her new single "Flowers" hit a major milestone on Friday, becoming the most-streamed song in a single week in Spotify history.

o   Spotify itself paid tribute to Cyrus, posting the milestone to Twitter and noting that "she can buy her own flowers."

o   The impressive showing of the single bodes well for it coming out on top of the Billboard Hot 100 when the charts come out today.

o   The previous holder of the record is BTS' "Butter," which set a then-record with 99.37 million Spotify streams in its first seven days.

o   Kylie announced that their baby boy will now be called Aire.

o   She made the announcement on Instagram Saturday and she also shared a full picture of her son, revealing his full face for the first time ever.

o   Kylie and Travis Scott originally named their son Wolf Jacques Webster, but she announced on March 21 that they had changed it saying. "WE JUST REALLY DIDN'T FEEL LIKE IT WAS HIM. JUST WANTED TO SHARE BECAUSE I KEEP SEEING WOLF EVERYWHERE."

o   A source said that while the couple "liked Wolf" at first, they ultimately "wanted to choose the perfect name that they both loved."

o   The couple recently called it quits for the second time.

o   The Vanilla Frosty is back for the winter!

o   They put it on pause back in June to make way for the Strawberry Frosty, which was then replaced by the Peppermint Frosty in November.

o   No word yet on when or if Wendy’s plans to introduce its next seasonal Frosty flavor.

o   You can find the Vanilla Frosty now at participating Wendy’s locations nationwide.