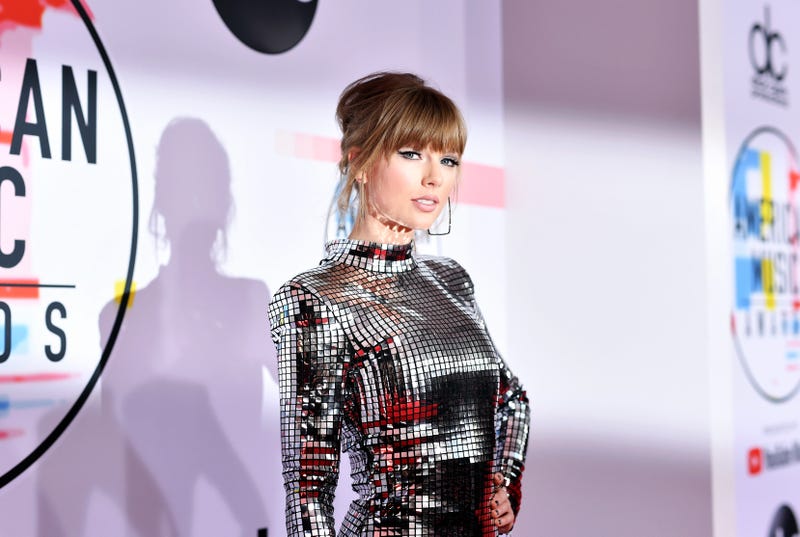 Last month at the VMA’s she surprise announced her upcoming album called Midnights, which drops on October 21st.

And now, she’s revealing more about it through a funny TikTok series she’s calling Midnight Mayhems With Me.

In it the pop star is slowly revealing the tracklist through a game of chance with a lottery ball machine.

She shared the first episode at midnight yesterday and she drew ball number 13 (of course she did…that’s her lucky number.)

The album has 13 tracks total and the final track is called “Mastermind.”

This week there was a rumored appearance by Ted Lasso (aka Jason Sudeikis) in the upcoming FIFA 23 game by EA Sports.

Well, turns out there’s more to it!

The fictional club in the Apple TV+ hit show "Ted Lasso" will be a playable team in the EA SPORTS FIFA 23 video game.

A new trailer teasing the game was released yesterday.

The Greyhounds will appear, by default, under the Rest of the World category and can be swapped into career mode, kickoff and in online play.

The character Ted Lasso, depicted by Jason Sudeikis, will be available in career mode.

The game FIFA 23 will be released on September 30th.

Crocs has come up with some new shoes of convenience…literally!

They have collaborated with the world’s largest convenience store chain, 7-Eleven.

They launched yesterday with additional designs set to roll out early next month.

The 7-Eleven x Crocs collab is billed as "style meets the snack aisle" and gives three different Crocs silhouettes the 7-Eleven spin in a variety of color schemes.

A drawing for the chance to purchase the Mega Crush Clog collab is currently open until 9am this morning on Crocs.com.

The Crocs come in different styles of footwear with charms of the 7-Eleven logo, a Slurpee, a Big Bite Hot Dog, coffee, pizza, a hamburger, and a taco