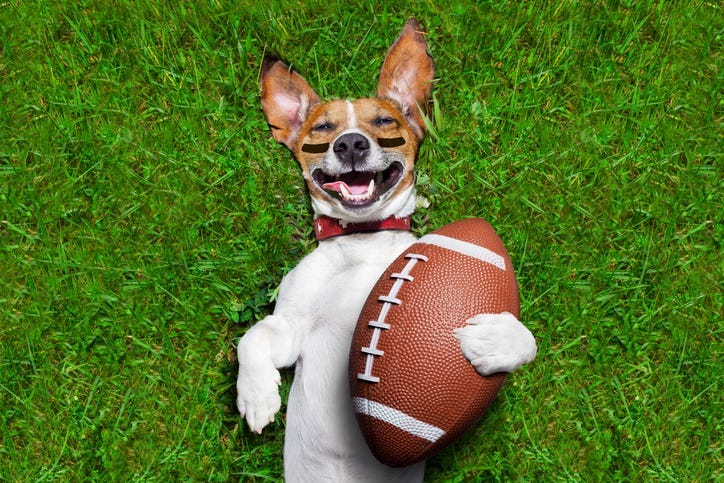 The Big Game is great and all, but the Puppy Bowl is where it's at!

You can catch the Puppy Bowl the same day as the Big Game on February 2nd, 2020 on Animal Planet!

Every year, Animal Planet does their very own Puppy Bowl. Sports and animal enthusiasts alike come together to root for the puppies as they attempt their own version of the big game. Animal Planet has already released their very own roster this year, and the players are cuter than you'd expect!

We even have our very own pups: Killian the Great Dane from Green Dogs Unleashed, Virginia! His fun fact is that he still thinks he's a lap dog. Another is Maverick from the Virginia Beach SPCA! She's starting to become a bark-itect! We also have Rooster, the Bulldog / American Staffordshire Terrier mix that is a total chick magnet.