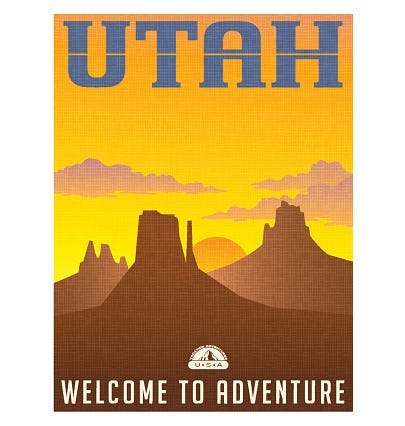 This is one adventure that Wicker and Wilde would say, "no thanks" to....LOL

A day of rappelling down Sugarloaf Mountain in St. George, Utah, took a scary turn for a young woman when her hair got tangled in her gear. She was stuck dangling from the side of the cliff and the man she was with called out for help. Luckily, the Dixie State University football team was nearby and the young men pitched in to rescue her.

Some players grabbed onto a rope and slowly pulled her up while other team members went down to the bottom of the cliff, in case she fell. Head football coach Paul Peterson estimates she was stuck there for at least 45 minutes before this team pulled her to safety.

“We had plenty of muscle to be able to get her up pretty quickly,” he explains.