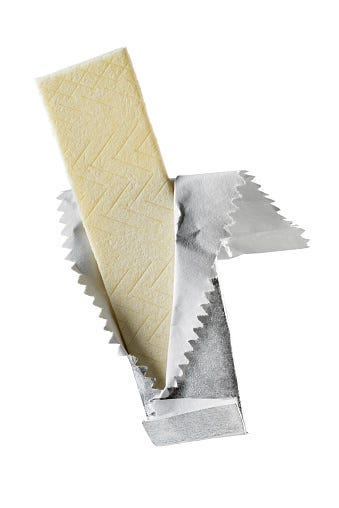 There is a WW II Navy Vet, out of Roanoke, who has an unusual request for the coffin he is to be buried in.  During the war, Wrigley suspended distribution of it's chewing gum and the bulk was sent overseas.  Because of that Suttie Economy, who's now 94 became sort of a Goodwill Ambassador, handing out Juicy Fruit gum everywhere and anywhere.  He's basically the Juicy Fruit man......so when he had a heart attack recently he thought about what he would want to be buried in and he wants a casket decked out like a pack of Juicy Fruit!  Right?!

Long story short, after a social media campaign, Wrigley agreed to let him do it.  Thankfully he's still with us, recovering at the Virginia Veterans Care Clinic....this is a rendering of what someone thought the casket might look like when it's done. We are sure the real thing will fit Suttie and his personality just fine....and for Suttie and all the other Veterans, thank you for your service. 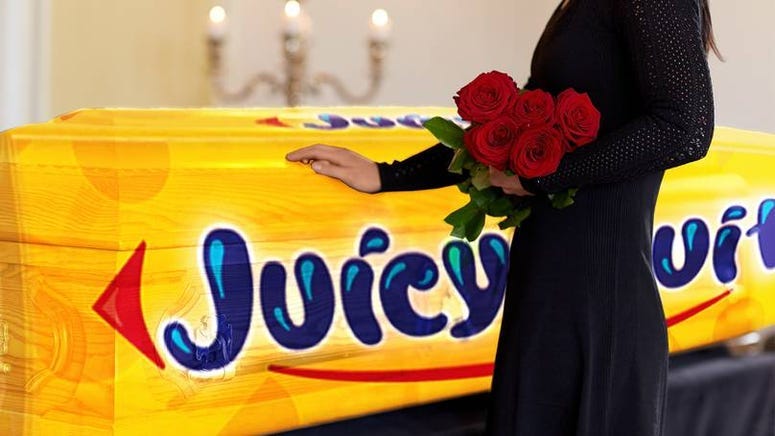