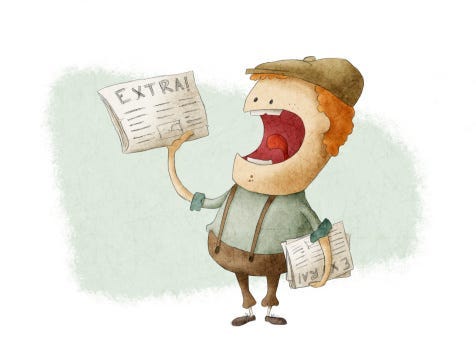 The pay wasn’t great, and you weren’t that great either, but everyone remembers their first job. Wicker's first job was mowing lawns and Wilde's first gig was delivering newspapers in her neighborhood. It’s a huge milestone that paves the way for your future career. Even if it’s ‘oh my god, I never want to work like this ever again,’ everyone leaves that first gig with some big takeaway. Here are a few examples of what some people say has stuck with them even years later.

- Ice Cream Maker. Nicole Sara is a Pediatric Nurse now, but back in the day? She was whipping up frozen treats at Coldstone Creamery. While she was working there she had a manager that told her to just change the date on expired fruit, but she would throw them away because as she puts it “I wouldn’t allow any of my family members to eat expired fruit, so why would I allow anyone else to do so?” Now she’s using that same amount of care to advocate for her patients in the ICU.

- Busboy. When your first gig is off the books 10-hour shifts as a 14-years-old busboy, you learn quickly that hard work pays off. At least that’s what Graham Micone says his takeaway was. And now, 25 years later, he’s producing events for Fortune 500 brands, putting in 18-hour days, and credits his busing days for teaching him the meaning of “doing whatever it takes to get the job done.”

- Babysitter. Ford Truck Product Line Director Jackie Dimarco started building her resume at 11-years-old by watching neighborhood kids for $2.50 an hour. Meantime her brother was making $8-$10 an hour cutting lawns. She says that disparity bugged her and decided that she was never going to let anyone limit her or make her do ‘women’s work.’ Cut to today where she’s “responsible for the overall Ford F-Series truck business.”

What was the life lesson you took from your first job?