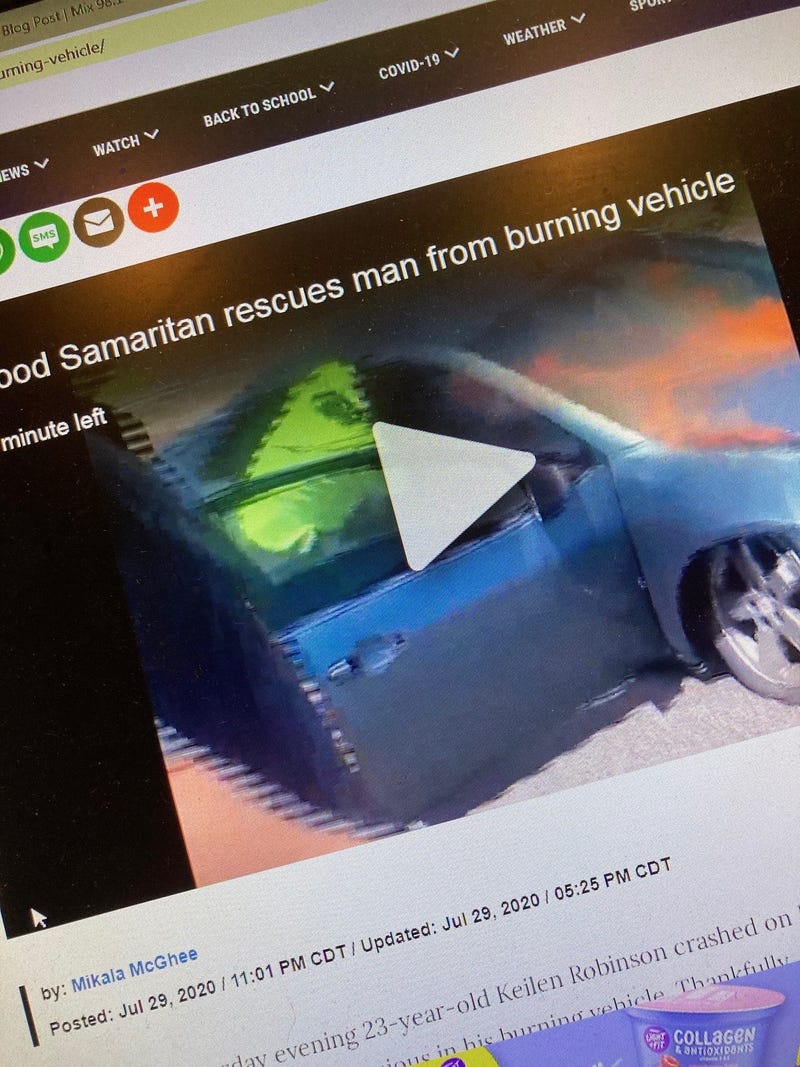 Feel Good on the :50's with Wicker and Wilde - we share stories that make you feel good and give you hope for humanity.

A man driving on a St. Louis freeway became a real-life hero for a fellow driver by rescuing him from a burning car. Antonio Morgan was on the Interstate when he heard a crash up ahead and when he drove up to it, he saw a car had slammed into the median and the unconscious driver was still inside.  While others who had pulled over, simply whipped out there phones to record the drama, Antonia jumped into action.

It was proving difficult to free the man in the car and Antonio had to make several attempts to free the driver.....he realized the man’s seatbelt was keeping him in the car and even though the flames were so hot they were burning his eyes, he managed to drag Keilen Robinson from the car just before it was completely engulfed in flames. Keilen doesn’t remember the accident, but he’ll never forget the man who saved him.

“I can’t thank him enough man,” Robinson says. “He will always be a part of my life and my family’s life. That’s a good man.”

The video was shot by Antonio's son who was at a safe distance....truly amazing.