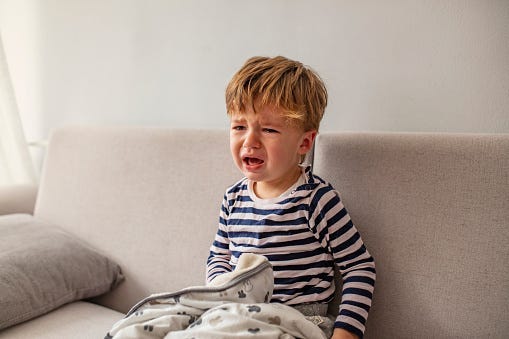 Ask any parent and they’ll tell you it’s a chore to try and get their kid to go to sleep. Wicker has dealt with this with his 3 kids....I (Rebecca Wilde) am lucky, my dog, Phil, actually woofs to get me to go to bed! LOL

Well, just how bad is it for parents? A new survey finds parents of children between three and ten spend 34 minutes each night trying to get their kids to bed.

That translates to nearly four hours a week, or nine full days a year.

The average kid will come up with three excuses a night to put off going to bed.

Among the most popular excuses:

Saying they're not tired

They need the toilet

Suddenly saying they are thirsty

Asking for another story

Saying they're too hot/too cold

Suddenly wanting to tell you EVERYTHING about their day

They want a kiss/cuddle from the other parent

Needing to find a certain toy

Wanting longer cuddles with you

And even when parents finally get them to shut the lights and go to bed, there’s no guarantee they’ll sleep.

The survey shows that there will be four nights a week where parents think their kids are asleep only for them to hear noises telling them otherwise.

83% of parents admit they go back to check that their kids are actually asleep, with many finding that’s not the case.

Half have found their kids playing with their toys when they should be asleep.

21% have found them watching TV

20% have found them gaming.