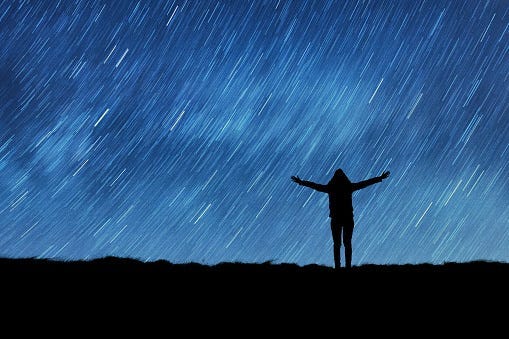 Wicker and Wilde are just crazy about shooting stars.....it's the kid in both of them and the annual Lyrid meteor shower is active right now and the peak viewing night is late tomorrow (Tuesday 4/21/20), early Wednesday.

You should be able to start seeing the show around 10p. but if you can get up early, the best time will be an hour or 2 before Dawn. So wake up with us tomorrow for the peak chance to see "shooting stars."  You'll see them best if you find a dark sky, further away from city lights and you could even see a fireball! The meteor show radiates most closely to the constellation Lyra if you know where to find that in the sky and it's been advised that you look closer to the horizon than way up in the sky.

BTW, The Lyrids are bits of rock and dust left behind by a comet.  The Earth is drifting through a cloud of debris from an earlier visit by the comet -- its most recent trip through the inner solar system was in 1861 -- and those particles collide with our upper atmosphere at a speed of about 27 miles (43 kilometers) per second.  Happy Stargazing! 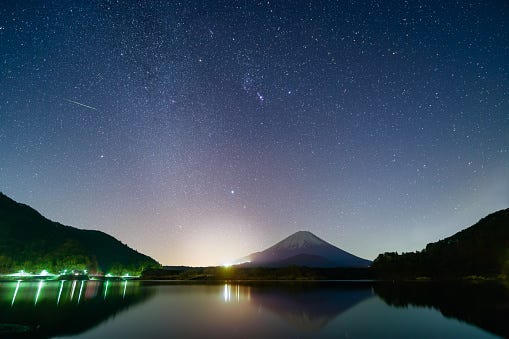