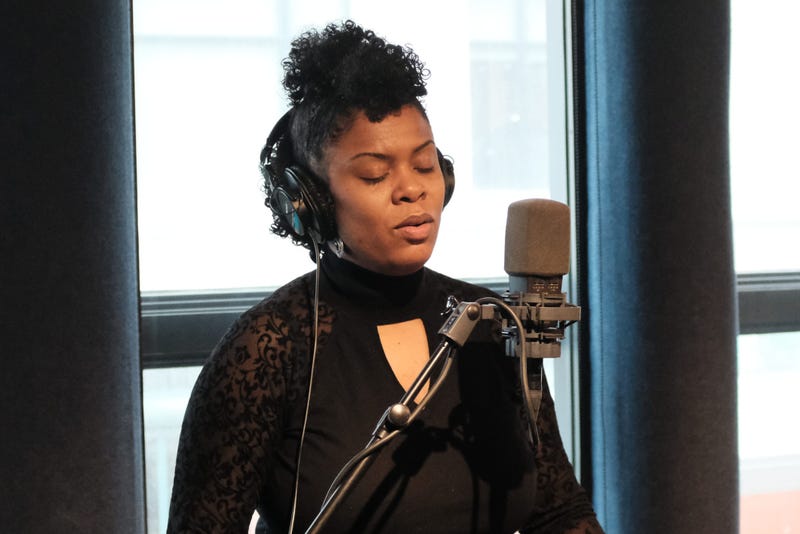 The Philadelphia native has been making her way in the Detroit music scene over the past several years, and thanks to her unstoppable hustle, she's gaining a lot of traction,

And 2019 was a perfect example of that for the gifted singer, who's given name is Carmen Diaz.

Just last year alone, she was nominated for Outstanding Urban Recording and Outstanding Urban Songwriter for her 2018 album Greatness at the Detroit Music Awards. She was also named Female R&B Artist of the Year at the 2019 Detroit Black Music Awards, and awarded as the winner of the 2019 Michigan State Fair Superstar and Detroit Singing Stars contests.

Ms. Carmen doesn't show signs of slowing down anytime soon, and she recently appeared on Behind the Mic with Pam Rossi with her co-collaborator and producer Mel Melodic for a live performance and interview from the MusicTown Detroit studios.

During the show, she talked about her earliest days in music, singing Aretha Franklin songs as a child during bus rides in Philadelphia to entertain other passengers. She also discussed her eventual move to Detroit, surviving an abusive relationship, and how that inspired her to write her song "Greatness."

"One of the lines in [the song] is 'Destined to be all of me, not just what I'm allowed to be,' and that's the main purpose of my life," she told host Pam Rossi. "Anyone coming against what I want to be, what I'm destined to be...like trying to put 'restraints' on me and telling me things I'm 'allowed' to do, you gotta exit stage left!"

Ms. Carmen is one of the performers slated for Jill Jack's upcoming show, Eleanorfest, which will be an evening of celebration for women in music at the Redford Theatre on Saturday, May 2. She also has other upcoming live performances listed on her website.

Check out Ms. Carmen's entire episode of Behind the Mic below, and keep your eye out in 2020 for this up-and-coming artist!