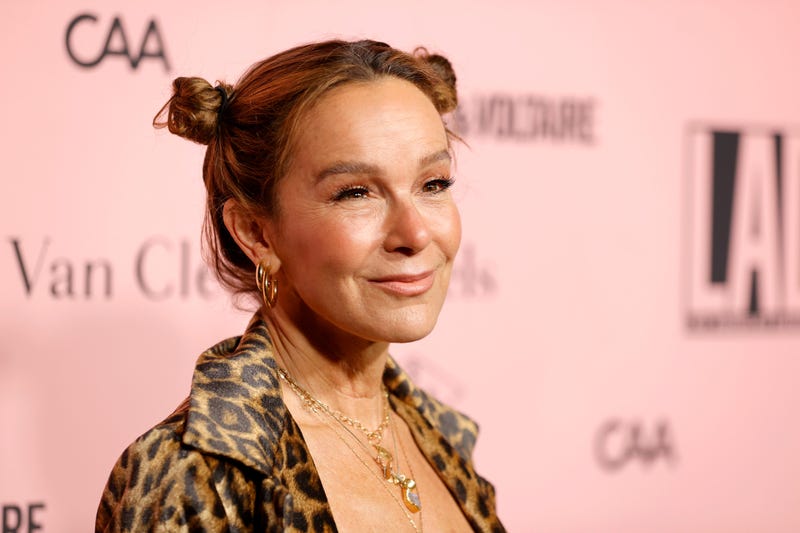 As the country adjusts to a post-Roe v. Wade world, actress Jennifer Grey has detailed her experience with abortion both personally and in her role as Frances "Baby" Houseman in the iconic 1987 film, “Dirty Dancing.”

In the film, which is set in the pre-Roe 1960s, a dancer named Penny (played by Cynthia Rhodes) – who works at the resort Baby is staying at – finds out she is pregnant, and receives an unsafe abortion. Baby eventually takes money from her father without his knowledge to help pay for the then-illegal procedure.

Grey discussed the plot line in a new interview with the L.A. Times, "We saw someone who was hemorrhaging," she said. "We saw what happens to people without means – the haves and the have nots."

Grey also spoke on her appreciation for that particular thread in the film; "I love that part of the storyline,” she said, “because it was really a feminist movie in a rom-com. It was a perfect use of history.”

The actress then frankly described the experience of her own abortion as a “grave decision,” adding, "It stays with you.”

Today, Grey has one daughter, Stella Gregg, 20, whom she shares with ex-husband and film industry veteran Clark Gregg.

As Today reported, Grey is one in a long list of celebrities – including Uma Thurman, Cheryl Burke, Ireland Baldwin, and Phoebe Bridgers – who have recently shared their own personal abortion stories.

Grey’s opinion about the Supreme Court decision was blunt: "I feel so emotional. This is just so fundamentally wrong."

She then stated the decision "is sounding a bell for all women to rise up and use their voice now, because we have assumed, since 1973, that our choice was safe and that it was never going to be overturned."