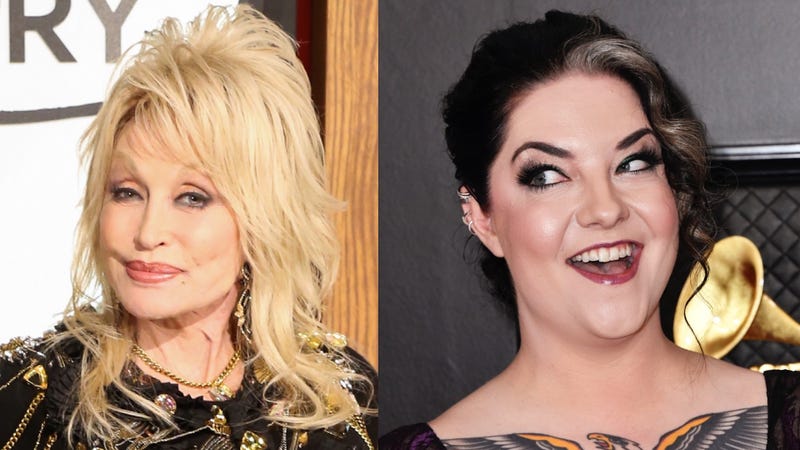 Have you ever embarrassed yourself in front of a celebrity? Ashley McBryde sure has and her stories will have you feeling better in no time!

From her voice cracking while meeting Reba McEntire and Morganne Stapleton, to accidentally putting her foot in her mouth when trying John Rich’s whiskey — nothing beats the time she accidentally set Dolly Parton’s microwave on fire.

“I’ve managed to avoid saying stupid things to Dolly lately… because I just walk the other direction,” McBryde told Audacy’s Rob + Holly before admitting she’s avoided the Country queen for about 10 years after accidentally starting a fire at Parton’s lake house.

“I caught her microwave on fire,” McBryde said, laughing hysterically. “I got this gig… they were remodeling her lake house and my job was to stay there with her niece [who] was my buddy. We were supposed to stay there and let the wallpaper guys in and out and just do that kind of thing.”

She continued, “I do take the blame for it [the fire] because I’m the one who removed the on-fire microwave out of the house, but it was honestly her niece. She stuck a whole box of bagel bites in there — like, in the box and then ‘beep,’ there it goes in a freshly wallpapered room.”

Parton ultimately fired McBryde after the incident, but being the caring Country queen she is, she still found way to do it with kindness. “I lost my job but Dolly gave me the microwave,” McBryde said. “She knew that I was poor and didn’t have one.”

Hear more embarrassing stories from Ashley by listening to her full interview from Faster Horses Festival above.