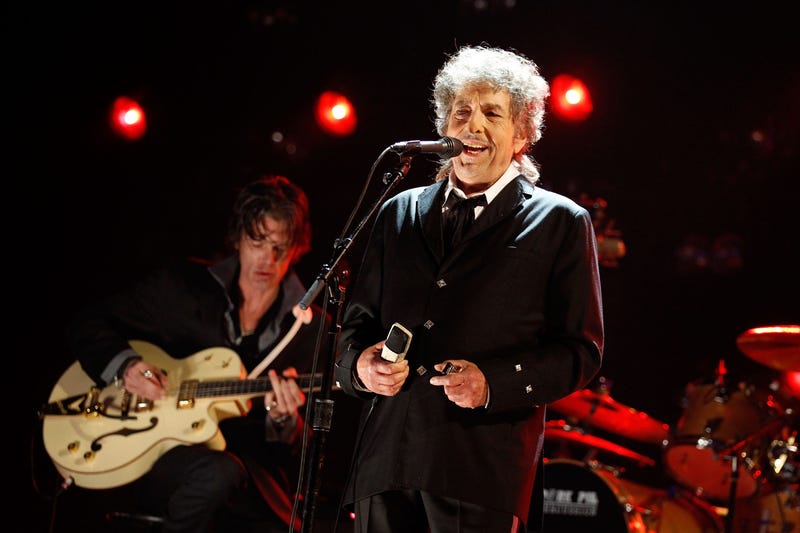 Bob Dylan is giving fans the first taste of what to expect from his upcoming streamed concert event, Shadow Kingdom. Premiering July 18, the show promises to feature “renditions of songs from his extensive and renowned body of work," which were "created especially for this event.”

While many details are still unknown, Dylan released a 30-second clip highlighting what's to come from the event which was filmed in Las Vegas and will stream via Veeps. With that, fans' excitement has grown, recognizing this event will be unlike any other.

The 30-second black and white video posted online shows Dylan performing his tune “Watching the River Flow,” from 1971 with members of his original band. They are wearing masks, in front of a crowd at an unspecified location.

Speculation across the internet is that the show will focus on the earlier music of Dylan's career as the words, "The early songs of Bob Dylan," are displayed in the beginning of the video, which clearly promotes the event.

Tickets for Shadow Kingdom are $25 and available now via Veeps. Fans will be granted 48 hours to view the concert.

The show is Dylan's first performance since the cancellation of his 2020 Tour, which was called off due to the COVID-19 pandemic. As of now, Shadow Kingdom is the only show Dylan has in the books. No live tour dates have been revealed since the return of live music.