Rock & Roll Hall of Famer Bonnie Raitt is still performing with the best of them. After decades making music, she joined NPR’s Bullseye podcast with Jesse Thorn to talk everything from her early days as an artist to some of her memories with cherished friends and fellow artists. 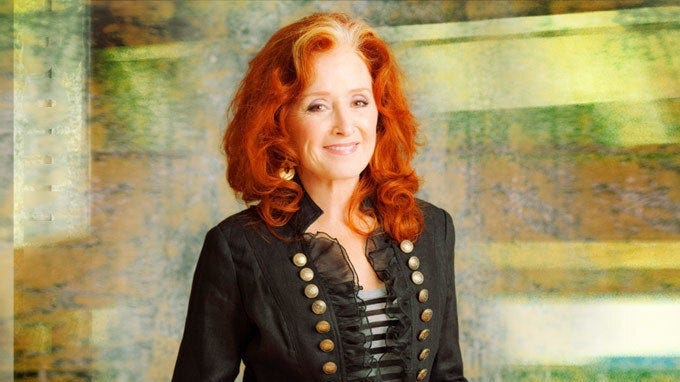 One of her dearest friends she enjoys reflecting about is the late John Prine, who came up in the Folk scene around the same time Raitt started to gain traction with her own music career.

“We stared out around the same time,” she shared. “I remember reading the early reviews and hearing in the Folk music circles… about this incredible guy coming out, this singing mailman who had written these incredible songs.”

“I think ‘Sam Stone’ was the first one I heard. That masterpiece of a first album was just, I mean, how this guy could bat it out of the park with every single song."

Bonnie and John became fast friends and spent much of their careers collaborating with one another and touring together. When Prine passed in 2020 due to COVID-19, Bonnie was called on for the highest honor — to perform tributes for her friend. Something she did not take lightly.

“Like any shocking loss, it takes a while to process it,” she shared.  “It was so huge to lose someone I was so close to and that meant so much to many of us. It was really time to put aside your personal grief and sing for the world to honor him.”

Hear more about how Bonnie continues to honor Prine through her music and much more about her eighteenth full length studio album, Just Like That, in her conversation on the Bullseye with Jesse Thorn podcast above.