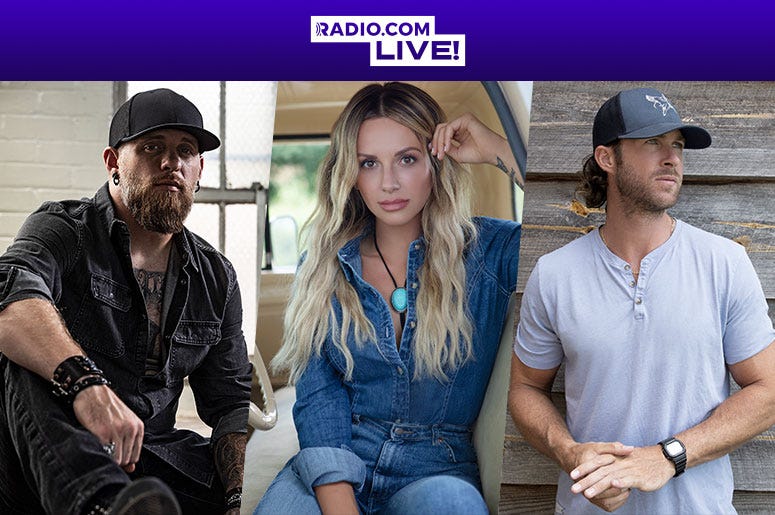 This performance is unfortunately no longer available. Check out RADIO.COM/live for more exclusive interviews and performances from your favorite artists.

Join us for a special RADIO.COM LIVE with Brantley Gilbert, Carly Pearce, and Riley Green. Only available for a limited time.

Congratulations to @RileyGreenMusic on being named ACM New Male Artist Of The Year! #ACMawards host @KeithUrban crashed Riley's Zoom Meeting to tell him the big news. Catch Riley's performance on the 55th ACM Awards show, coming to you Wednesday, September 16th on @CBS at 8/7c. pic.twitter.com/2N0zN9ksaM

We’ll be catching up with Riley Green, who was recently named New Male Artist of the Year at the 2020 ACM Awards and found out in one of the most bizarre ways possible. Getting his Zoom call crashed by Keith Urban.

Green thought he would be spending his afternoon on a video chat with record and label executives. In the middle of his call, Keith Urban popped in and had a suggestion. “How about playing the ACMs? Would you like to play the ACMs?” Keith asked.

Riley had a bit of a stunned look on his face as he responded, “now I wish I would have got a glass of wine!”

WATCH MORE: Backstage at the 2020 CMA Awards with Carly Pearce

Carly Pearce also took home some hardware recently as she and Lee Brice won Musical Event of the Year at the 2020 CMAs.

Just a few weeks prior to the big night, Pearce had a major scare as she took a fall that knocked out a couple teeth. She lost her two front teeth during a fall on Halloween.

“I had a bunch of stitches in my mouth, looked completely different than what I look like now, and it was kind of scary because I knew I was going into the biggest week of my life,” she said at the time. Fortunately, her doctors helped her out as she flashed a stunning smile while wearing her Red Carpet look that she styled with her mom.

As for Brantley Gilbert, well, we’ll leave you with this bit of audio that will just melt your heart.

Earlier in quarantine, Gilbert recorded himself reading Llama Llama Easter Egg to his children Braylen and Barrett. It’s just as cute as you expect and as an added bonus, you now have audio of Brantley Gilbert reading a bedtime story in case you need to wind down at the end of the day.

Make sure you join us for a special RADIO.COM LIVE with Brantley Gilbert, Carly Pearce, and Riley Green above!