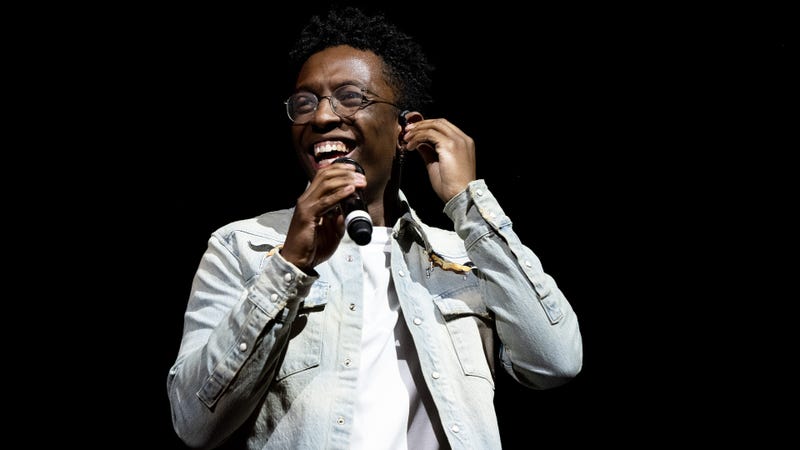 Breland is quickly making a name for himself in Country music with not only his incredible songwriting and vocal talent, but also for the all star collabs he’s secured with some of music’s biggest stars.

From Keith Urban and Thomas Rhett to Sam Hunt, Dierks Bentley, Jimmie Allen and more, Breland is on a roll with the collabs and he has no plans of stopping anytime soon.

During an interview at CMA Fest in Nashville with Audacy’s Katie Neal, Breland shared he has his sights set on a Justin Timberlake for his next project and he already has songs saved for when the time comes.

“I grew up on a lot of Justin Timberlake music [and he’s got Tennessee roots, I feel like his style is cross-Country to me and I’ve got a few songs that I’m literally just saving for whenever [we collaborate],” he said.

I don’t know exactly when I’m going to work with @jtimberlake but when I finally do…🔥🔥🔥 I’m ready.

“There’s certain songs that, if I know I want a certain person on it — that’s how “Praise The Lord,” was. I knew I wanted Thomas [Rhett] on it and I waited over a year until I could get him on it and I’ve got a few in the chamber for JT.”

So how exactly does Breland plan to get JT’s attention?

“He opened up a spot on upper Broadway [in Nashville], [The] Twelve Thirty [Club], so I’m like, ‘we’ll see.’” Guess we know where to find Breland until that JT collab becomes a reality!

In the meantime, Breland is celebrating the release of new music with his song “Natural,” available June 14.

“It’s got your barbecues, boat days, and nights out covered,” he said of the song. “I’m so excited to get this one out into the world.” And we can’t wait to hear it!