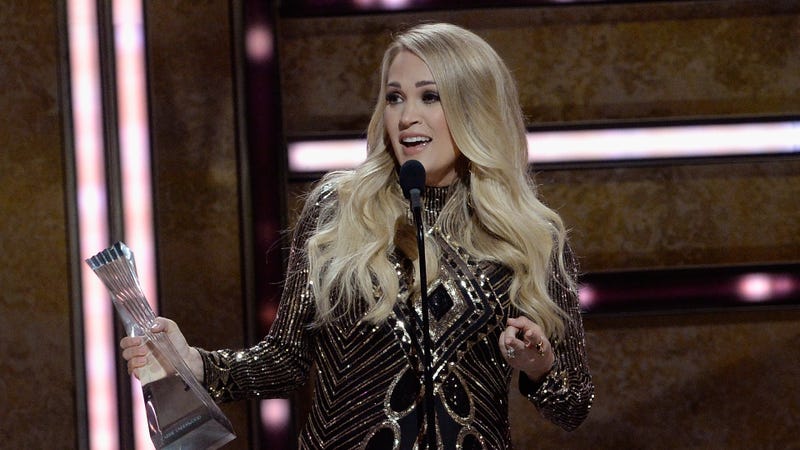 It’s no secret that Carrie Underwood enjoys several different types of music. From her mega successful Country songs, to a GRAMMY-winning Gospel album and collabs/performances with some of the biggest names in music like Axl Rose, Ludacris, Randy Travis and more, it’s hard to believe there is a type of music she doesn’t enjoy… but there is!

The 39-year-old recently sat down with Audacy’s Holly Hutton of Rob + Holly to talk about her new album, Denim & Rhinestones, and during the conversation she revealed there’s one type of music that has failed to impress her —  children’s music.

“Kids have terrible taste in music!” She laughed before sharing some of the soundtracks her sons, Isaiah (7) and Jacob (3) ask to have on repeat.

“I know the Blippi theme song,” she admitted. “Isaiah would watch Power Rangers and then he would be like, ‘Can you play a Power Rangers song?’ In the car. It is a thing… you can just type in Power Rangers and lots of stuff will pop up. We’d go through that phase, we went through Teenage Mutant Ninja Turtles songs, just things that he would se on TV.”

Think he’ll ever enter a Carrie Underwood phase? It’s possible as Carrie says his classmates have started to bring his attention the superstar status of his mom.

Hear some of Carrie’s personal favorite tracks on Carrie's Mixtape Radio, a station made by Carrie for Audacy fans like you!

“I feel like he didn’t really realize it [what Carrie does for a living] until other people kind of pointed it out to him,” she shared. “It’s not in a bad way, it’s all good. I feel like the lightbulb is starting to turn on in his head that what I do isn’t normal.”

She continued, “I feel like other kids would be like, ‘I saw your mom on TV,’ or ‘We listened to your mom’s songs on the way to school,’ or whatever it was.”

Carrie recently released plenty of new music for the classmates and their families to rock out to with her ninth studio album, Denim & Rhinestones, available everywhere now.