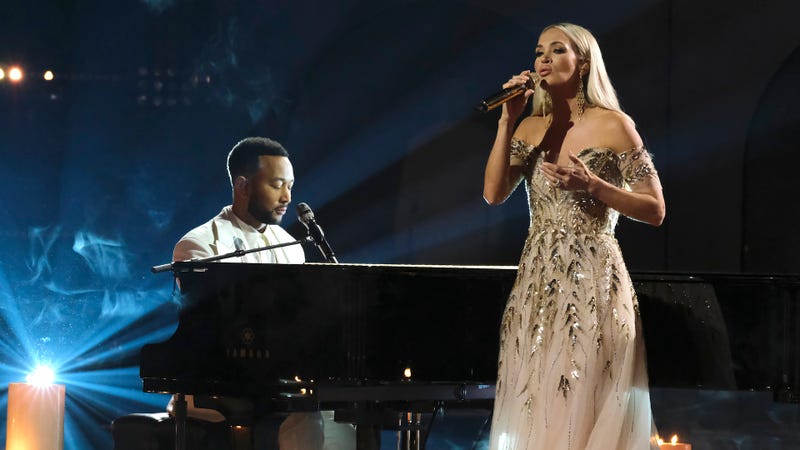 Ahead of her appearance on The Voice finale Tuesday night, Carrie Underwood sat down with John Legend to poke some fun at fellow judge, Blake Shelton by covering his mega-hit, “Austin.”

Underwood and Legend’s performance was part of Legend’s Trailer Talk series, a bit that came to life from downtime between tapings for the show which features Legend playing sing-along versions of popular songs. This time, Legend was joined by what he described as a “very, very, very, very special guest.”

As expected, Carrie and John absolutely slayed the vocal performance, prompting a response from Shelton.

“Damn, y’all,” Shelton commented, clearly in awe of the performance.

Carrie and John also slayed during the live finale as they took the candle-lit stage for a performance of their Christmas song, “Hallelujah,” from Underwood's 2020 album, My Gift.