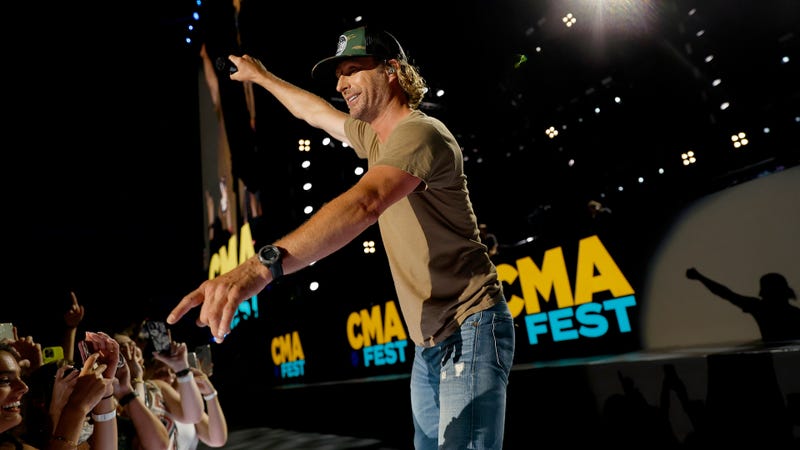 CMA Fest 2022 brought the heat as it aired on ABC last night for the first time since the pandemic. Fans were reunited with the hottest Country event of the summer and treated to a jam-packed show filled with appearances from Country Stars new an old who came together for an unforgettable night.

Missed last night’s show? We got you covered. Check out a recap of the show’s hottest moments below!

1. Dierks Bentley with Billy Ray Cyrus
Co-host, Dierks Bentley, got his turn to rock the stage and he soaked up every minute. He kicked things off with “Drunk On A Plane,” and moved right into welcoming ‘90s Country star Billy Ray Cyrus. The pair rocked out as they performed Cyrus’ ‘90s mega-hit “Achy Breaky Heart,” which is celebrating it’s 30th year since being released.

2. Cole Swindell + Lainey Wilson
Lainey made her debut on the CMA Fest stage alongside friend and duet partner, Cole Swindell. The pair sang their #1 collab, “Never Say Never,” keeping the crowd in the palm of their hands with every word. Surely a performance they’ll never forget, their excitement was clear as they ended the song with a big hug and skipped off stage arm in arm.

3. Luke Combs
Luke’s performance was proof of exactly why he is one of Country’s biggest stars. Kicking things off with his current single, “The Kind Of Love We Make,” followed up by “Beer Never Broke My Heart,” the energy level was at an all-time high. With a cold beer in his hand, Combs took the opportunity to walk down and greet the crowd with handshakes and high-fives. Wrapping things up by launching a beer into the crowd and banging on the drum set symbols, his performance was an exact picture of what Country music is all about.

4. Carly Pearce & Wynonna Judd
Carly Pearce took fans back to the ‘80s with some help from Wynonna Judd as they performed The Judds' “Why Not Me.” Carly paid tribute to Wynonna’s late mother and duo-mate, Naomi Judd, who passed earlier this year calling her “one of our absolute pillars in Country music.” She continued on to share she “idolized” the mother-daughter duo growing up in Kentucky and continued on to rock out with one of her idols. Epic.

5. Thomas Rhett
Thomas Rhett wrapped up an incredible night with a medley of some of his top throwbacks including “Get Me Some of That,” “It Goes Like This,” and “Vacation.” Pumping up the crowd in a way only Thomas Rhett can left things on a high and everyone counting down until the next CMA Fest taking place in Nashville June 8-11, 2023. See you there!