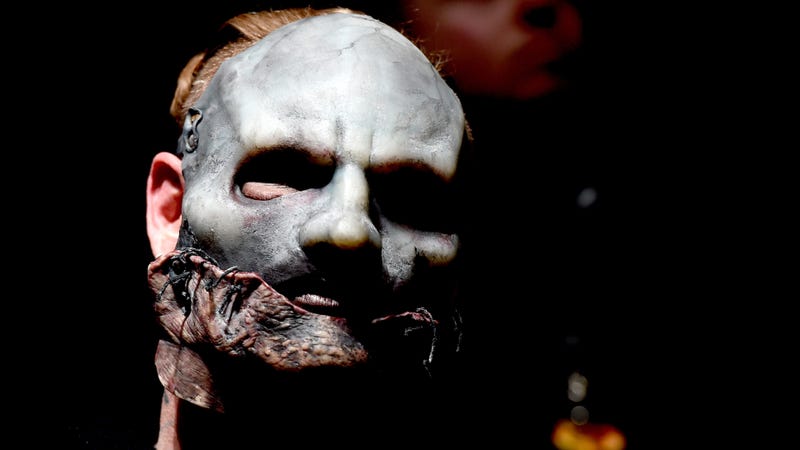 Corey Taylor has got some brand new ink that pays tribute to a classic film studio best known for their horror flicks.

The Slipknot frontman took to Instagram to share a photo of a new back tattoo that’s inspired by the British film studio Hammer Film Productions. The studio is known for their series of gothic horror and fantasy films made in the 1950s and 1960s.

“The Backpiece Continues!” Taylor captioned his Instagram post before he thanked his friends who helped with the project.

While Taylor has some new ink to show off, it appears that new Slipknot music may not be too far behind.

Taylor recently told podcaster Eddie Trunk that their next release is "probably about eighty percent done.”

“We're finishing up some music, I've got a couple more songs to sing. However, I will say this, don't be surprised if in the next month or so you hear something new," he said. When asked what their first single will sound like, Taylor explained it's "more of a 'let's bludgeon everybody and remind them why we're still Slipknot kind of vibe."

Listen to their conversation below.