Lady Gaga is back at the GRAMMY Awards this year, up for three awards on Sunday night. That makes a solid 27 nominations for Mother Monster, and nine wins after collecting three more at last year’s ceremony.

“Shallow” was one of the biggest songs of the 61st Annual GRAMMY Awards, and one of the best performances of the show as she soared alongside Mark Ronson. The pair wrote the anthem from A Star Is Born, along with Andrew Wyatt and Anthony Rossomondo. “Shallow” had already won two awards as Ronson and Gaga were seated next to each other, listening as they read out the nominees for Song of the Year. 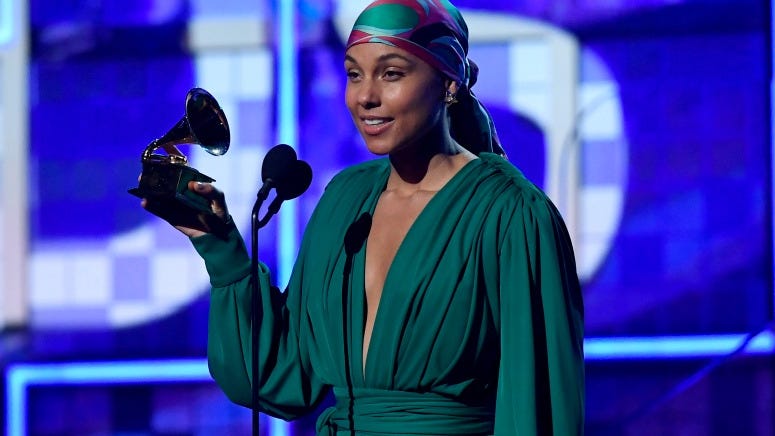 “I’ve never told this, I hope I don’t get in trouble,” Ronson tells RADIO.COM cautiously before letting us in on the pair’s private conversation. “They were announcing the winner of ‘Song of the Year’ and we were up for that,” he recalls.

“She’s whispering while they’re reading the nominations. ‘If we win, do you wanna talk?’ I was like, ‘I don’t wanna talk, I didn’t practice anything.’” The four co-writers went back and forth as the names were being read, inching closer to the winner being revealed.

“I just remember the last thing I was like, ‘I really hope we don’t win.’ And then they’re like, ‘the winner is Childish Gambino.’”

“This Is America” walked away with GRAMMY gold, but did Ronson’s wish jinx Lady Gaga and their song? Are you happy in this modern world Mark Ronson? Or do you need more?

Gaga is once again nominated for Song of the Year at the 2020 GRAMMY Awards. See how she does without Ronson's witchcraft this Sunday January 26 at 8PM ET on CBS.