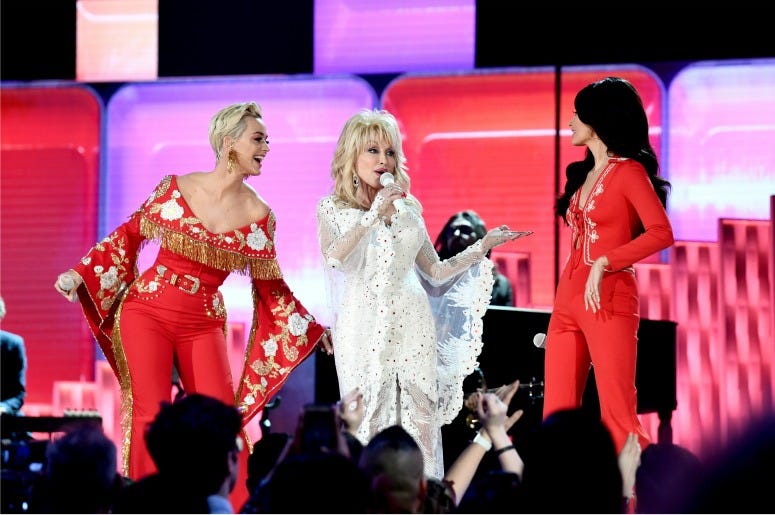 There were men that performed at the 61st Annual GRAMMY Awards, but the night's brightest moments certainly belonged to the women. A year after controversial "step up" comments from within, woman after woman came to the stage to deliver devastating performances that not only were the night's most talked about moments, but also provided a strong commentary on the power of women and their command. These are five of our favorite performances from the 2019 GRAMMYs. 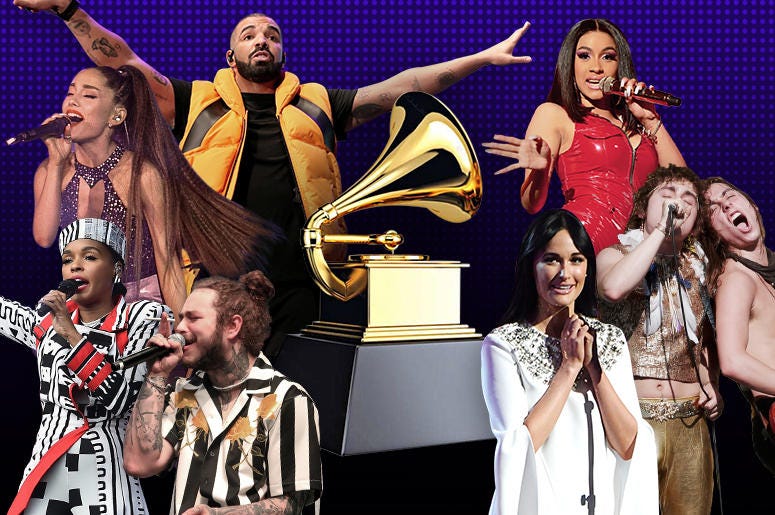 With several celebrations of the icons among us, the most colorful and boisterous was the medley of songs in honor of Dolly Parton. A rare combination, featuring the legend woven into a tribute from the next generation, with Kacey Musgraves, Katy Perry, Miley Cyrus, Little Big Town, and Maren Morris all playing their part as Dolly was the ringleader. It unfolded like the best Dollywood dinner theater show of all time, and was a fitting and lively homage to Parton. 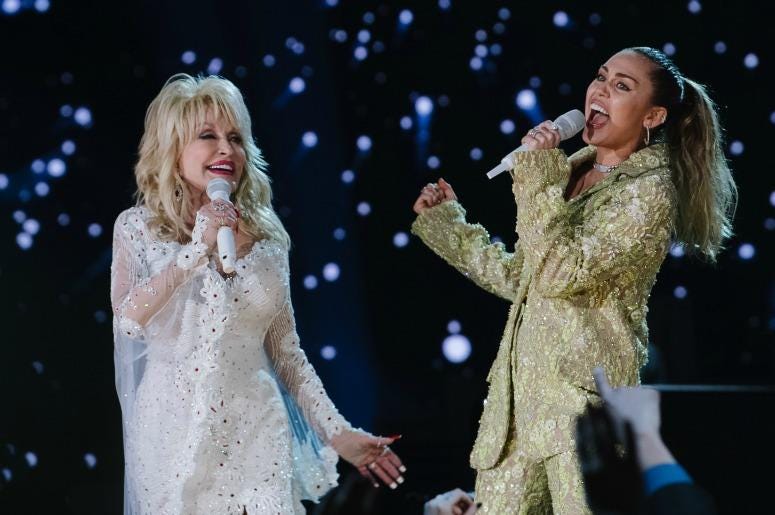 Alicia Keys stood strong as a casual and confident host for the evening, but her balancing act between two pianos and her ability to breathe life into so many different songs in a short stint was her most impressive trick. 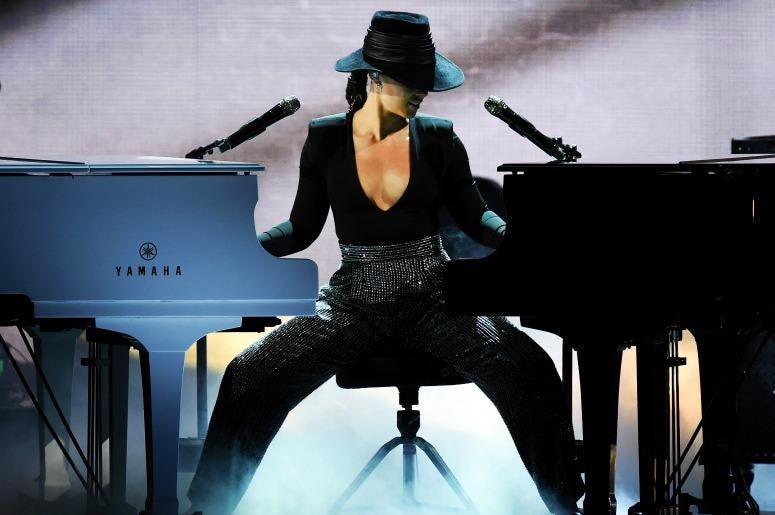 Big, elaborate, and unapologetically female. Janelle Monae owned the GRAMMY stage in one of the most kinetic moments of the night, offering up imagery and attitude unmatched, in a performance that would make Prince smile. 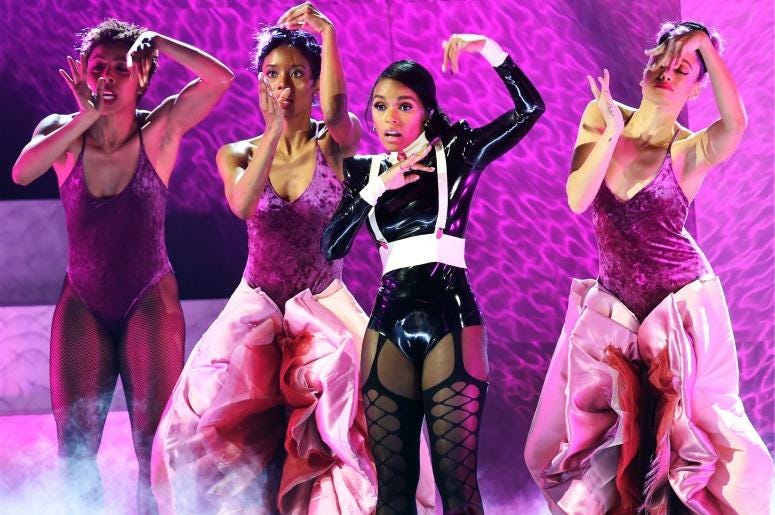 As Monae celebrated the female form as a symbol of power, Cardi B wielded it as a weapon. A swank and sexy cabaret of women, Cardi was equal parts classic and risque, with a forceful performance of "Money." This was a boss moment, and a declaration of the Invasion Of Privacy singer's power. 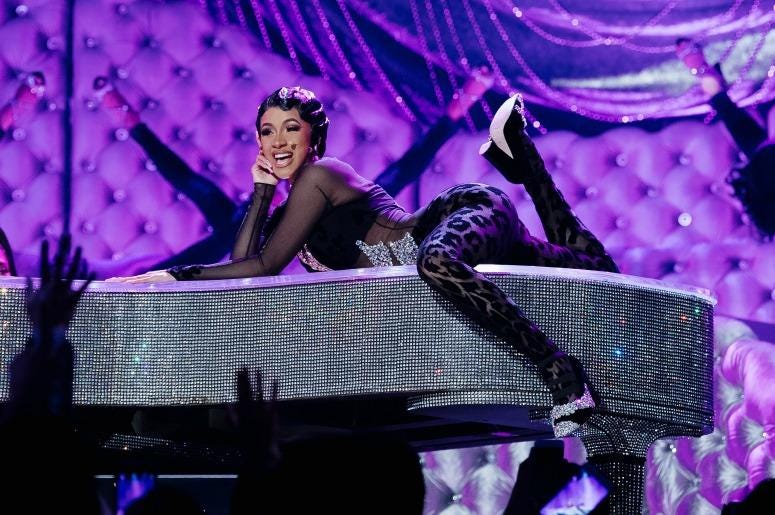 Lady Gaga really did it all on Sunday night, showing every side in an awesome display. The "Shallow" singer stood shoulder-to-shoulder to kick off the show with Michelle Obama, Alicia Keys, Jennifer Lopez, and Jada Pinkett Smith in an empowering moment. She also spoke earnestly about mental health in an emotional acceptance speech. Plus she found time for perhaps the most electrifying performance of the evening, as she rocked alongside Mark Ronson and friends for her A Star Is Born song. 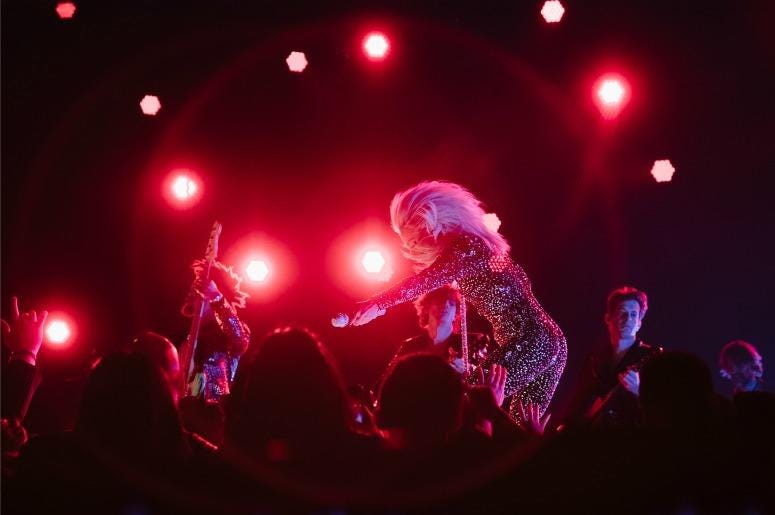 You can see the full list of winners from the 61st Annual GRAMMY Awards here.