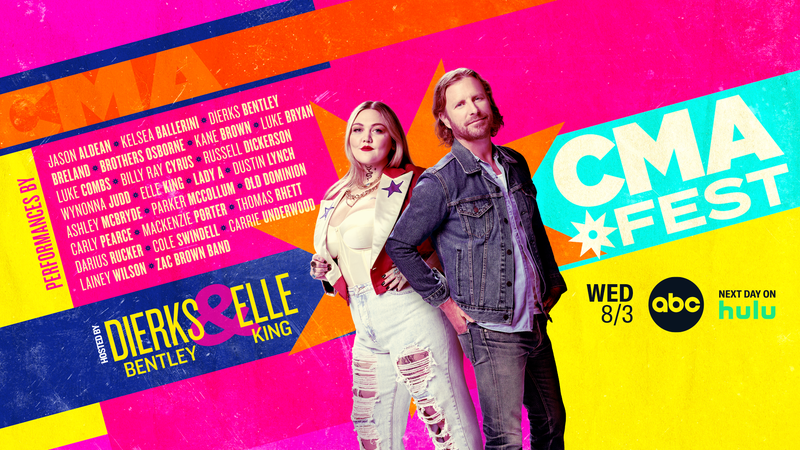 Join Dierks Bentley and Elle King as they bring the ultimate summer concert event featuring some of today’s hottest Country artists into the comfort of your own home!

Tune in Wednesday, August 3 at 8PM ET / 7PM CT on ABC to catch Dierks and Elle as they host CMA Fest and bring you 30 unforgettable collaborations filmed during Nashville’s four-day CMA Fest event in June.

“I think Elle brings so much to the table,” shared Bentley. “Onstage she’s just a riot and also super talented – a great combination of talent with comedic humor. A lot of spontaneous moments between the two of us and just a lot of laughs.”

Elle added, “I am co-hosting this whole shebang. Not only do I get to do it with my buddy Dierks, I also get to see all these incredible performances and be a part of a big party!”

Can’t tune into the fun on August 3? No worries! The program will also be available to stream via Hulu beginning August 4 for fans to enjoy over and over again.