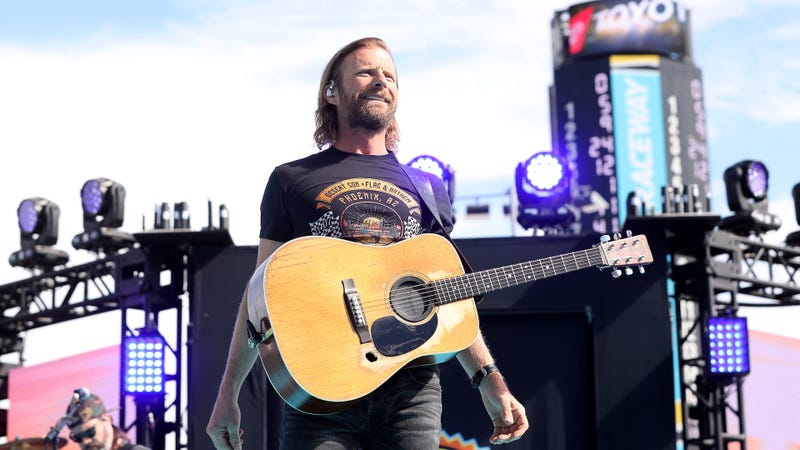 Dierks Bentley has collaborated with several artists over the the years. From Kacey Musgraves and Maren Morris to Allison Kraus, Luke Bryan, Elle King and more the list is never-ending. Right when we think there’s no one left for him to collaborate with, he hits us with a major hint at a Marty Stuart collab.

“I’ve been really fortunate to work with a lot of people,” Dierks told Rob Stone of Audacy’s Rob + Holly show. “On this new record, I’m thinking about trying to do something with Marty Stuart, who I am a huge fan of. Just reaching back and reconnecting with some of the people really responsible for me getting into Country music in the first place.”

Stuart isn’t the only collab that could be coming as Dierks says he’s always open to the idea. “[I] always keep an ear out for a sound or a voice,” he shared. “I’m always open for a great collaboration.”

Admitting he’s a fan of Billie Eilish, Dua Lipa, Harry Styles and more, could this mean an out-of-genre collab? We wouldn’t put it past him, but sounds like he’d only be in if the lyrics stayed PG.

“Back in the day for us, ‘Pour Some Sugar On Me’ was kind of crazy lyrics,” Dierks laughed. “Now, the stuff we listen to — there’s no deciphering. They say exactly what they mean [and] it’s like ‘Woahhh! OK. Wow.’”

He continued, “There’s no metaphors anymore, it’s just… metaphors are out and just saying what is on your mind is in. I’m learning a lot.”

Dierks says he’s currently in the studio perfecting a new album which will debut around this time next year. He is also set to hit the road beginning June 2022 with his Beers On Me Tour joined by special guests, Travis Denning and Ashley McBryde. Check out the full interview with Dierks Bentley above.