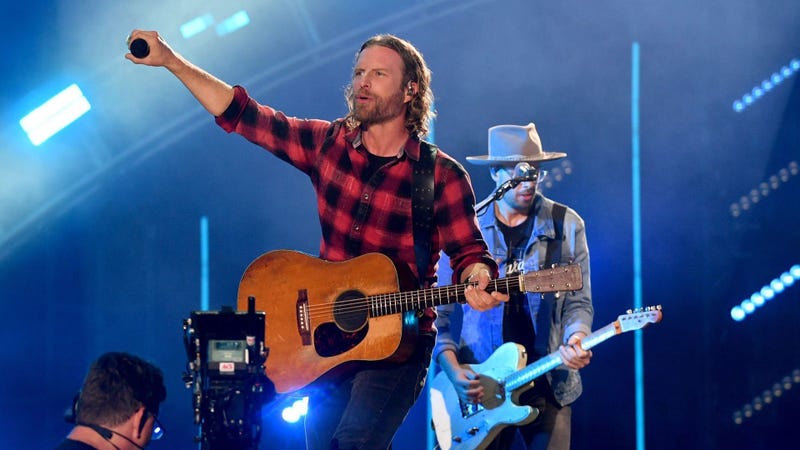 Dierks Bentley may be a mega music star, but he’s also a mega music fan! When he’s not rockin’ the stage with his band, Bentley says he spends time attending as many live shows as possible with his family. His latest live music adventures? Shows by Billie Eilish, Dua Lipa and Harry Styles.

“I saw the greatest show the other night at the Bridgestone [in Nashville],” Dierks told Audacy’s Coop. “Billie Eilish put on a great show. As a fan, I’m watching the show and I’m looking at her stage and I’m going, ‘Wow! That stage is so cool!’”

Dierks went on to explain his fascination with the stage and then realizing it was an LED screen. Bentley shared that touring fixtures like Eilish’s stage are paid for out of pocket by the touring artists and is something they do to make it an extra special experience for fans.

Eilish isn’t the only artist Bentley and his family have gone to see recently, he’s also snagged some tickets to catch shows by some other big stars.

“This year we’ve seen Billie Eilish, Dua Lipa and Harry Styles,” he shared. “They’re [his family] going to see Justin Bieber in May — I gotta gig — but I would’ve loved to been at that show as well because there’s just so much to pick up on, production wise.”

Dierks says his list of notes from watching others is long as he usually notices everything from the type of music the venue plays before the show even starts to how the artists take the stage and more.

“It’s weird for me too, as someone that’s played that building [Bridgestone Arena] a lot, to just be there as a fan, it’s like ‘Wow, I can’t believe I actually go down there and do that!’”

Ready or not, Dierks will be back at Bridgestone Arena for his own headlining show in August as part of his Beers on Me Tour with special guests Ashley McBryde and Travis Denning. Find tickets here.