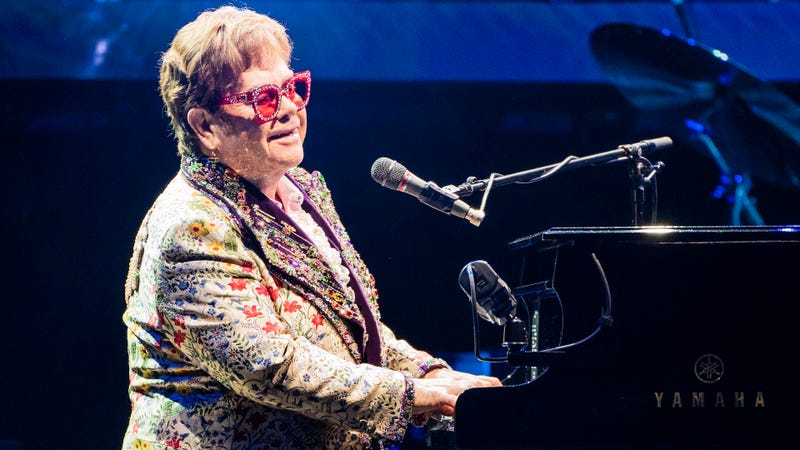 Elton John is taking full advantage a unique opportunity to blend his love for fashion, music and theater by scoring music for the Broadway musical, The Devil Wears Prada.

Co-produced by John’s husband David Furnish alongside Kevin McCollum, the musical is based on the story told in Lauren Weisberger's 2003 novel and the 2006 Fox film featuring Meryl Streep and Anne Hathaway.

"It's one of my favorite films and the subject matter in the film screams out for music, as well," John said in an elusive sneak peek from PEOPLE. "But I just thought, 'You have to have characters that you can write [songs] for, and you have to have a backdrop which can inspire you musically,' and the film does."

Also in the sneak peek, John unveils clips from the tracks including “Dress Your Way Up," "When a Legend Is Born" and "The Devil Wears Prada."

This is not the first musical Sir Elton has lent his talents to — he’s also been musically involved in Aida, The Lion King and Billy Elliot.

According to Elton, he and his team have thoroughly enjoyed writing 20 songs for the musical thus far and have found lots of inspiration through the characters.

He concluded, "Everyone involved so far has been so enthusiastic, and it's been a dream.”

The Devil Wears Prada: The Musical is playing July 19 through August 21 at Broadway in Chicago's James M. Nederlander Theatre. Find tickets at ticketmaster.com.