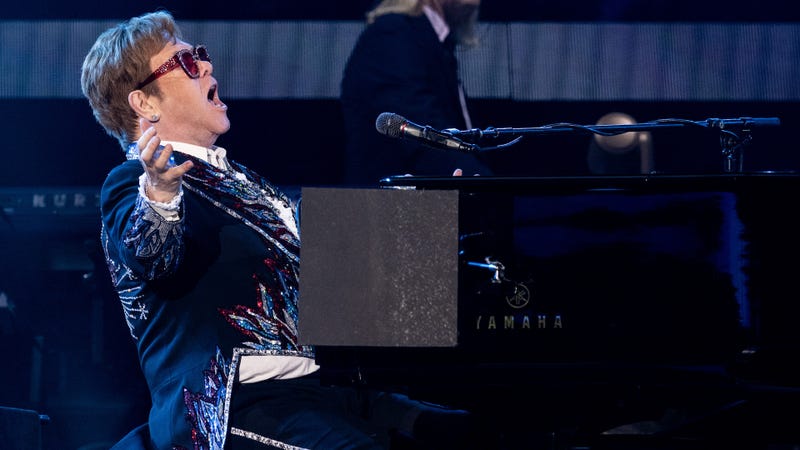 Sir Elton went out with a bang as he performed three incredible, blinged-out shows at Dodger Stadium over the weekend. The third show, which took place on November 20, marked his final U.S. tour stop before retiring to spend more time with his family.

“All right, this is a very special night for me, a very emotional night for me,” the London-native expressed to the crowd of more than 50,000 as well as those who tuned into the live stream via Disney+. “It’s been a long journey… I first came here, to America, in 1970 to the City of Angels, Los Angeles, and I played a club called the Troubadour,” he recalled before sharing he’s ready to retire from touring.

“I want to spend time with my family because I’ll be 76 next year,” he said before bringing his husband, David Furnish,  and two sons, Zachary (11) and Elijah (9), on stage telling fans, “I want to bring them out and show you why I’m retiring.”

John’s final U.S. performance seemed nothing short of a dream as he performed his biggest hits from his 50-year-career for more than 2 hours with fans singing every word back to him. He also donned several pairs of his signature, eclectic glasses, sequin suits and even paid tribute to the infamous sequin Dodgers uniform he wore in 1975 with a custom Dodgers robe — very well-suited for a retired man.

Last night, I played my 2001st and final US tour show ever. I can’t thank each and every person who was a part of it, at...

The night’s festivities were only enhanced by some very special guests including Kiki Dee, Brandi Carlie, Dua Lipa and longtime collaborator Bernie Taupin.

“We’ve been writing together now since 1967,” John said as he stood next to Taupin on stage. “We still love each other more than we’ve ever done before.”

John will take his farewell tour to Australia and New Zealand beginning in the new year and will then move on to Britain and Europe. He's scheduled to play the final tour stops of his career in Sweden in July 2024. While his time touring is coming to an end, Elton has made clear his retirement plans at this time only apply to touring. He still plans on making new music.

Fans can re-live Elton’s final U.S. performance at Dodger stadium with a live recording of the show available now, on Disney +.

Elton John’s full Nov. 20 Dodger Stadium setlist was:
Bennie and the Jets
Philadelphia Freedom
I Guess That's Why They Call It the Blues
Border Song
Tiny Dancer
Have Mercy on the Criminal
Rocket Man
Take Me to the Pilot
Someone Saved My Life Tonight
Levon
Candle in the Wind
Funeral for a Friend/Love Lies Bleeding
Burn Down the Mission
Sad Songs (Say So Much)
Sorry Seems to Be the Hardest Word
Don't Let the Sun Go Down on Me (with Brandi Carlile)
The Bitch Is Back
I'm Still Standing
Crocodile Rock
Don’t Go Breaking My Heart (with Kiki Dee)
Saturday Night's Alright for Fighting
Encore:
Cold Heart (with Dua Lipa)
Your Song
Goodbye Yellow Brick Road