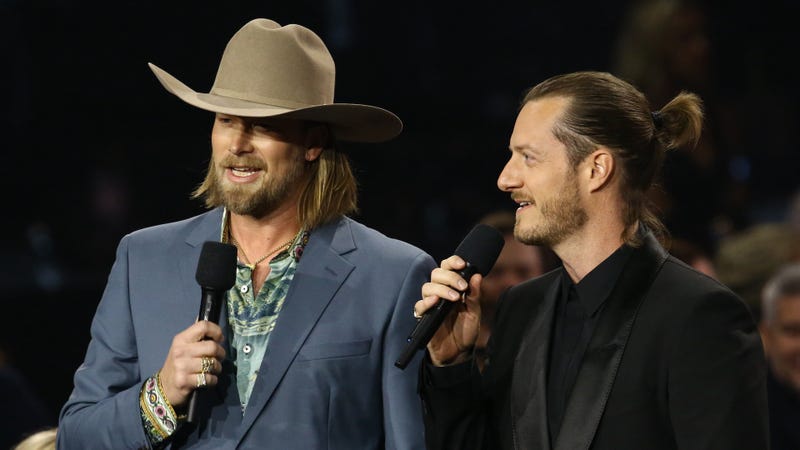 The pair officially addressed rumors surrounding a “split” during an interview surrounding the opening of their new "Florida Georgia Line: Mix It Up Strong" exhibit at the Country Music Hall Of Fame and Museum in Nashville.

"I think 'taking a break' is the proper term, as opposed to breaking up," Tyler Hubbard said in a interview with People.

"We're not going our separate ways," Brian Kelley added. "We're taking a break from recording our music. We're being artists.”

The time apart may not come as a big surprise to most as rumors started swirling the two were headed their separate ways nearly six months ago. Speculations only grew when Kelley released a solo project, Sunshine State of Mind, and Hubbard collaborated with Tim McGraw for a new single, “Undivided.”

While the pair have made their decision to “take time apart” official, they also went on record saying there is no bad blood between them.

"When you live with somebody on the road and you go through everything, there's a connection," Kelley said. "You don't lose that. You have history. We've built something that's way bigger than us — because of our fans, because of our team. And it'll always be."

Added Hubbard, "We've created so many memories and laughs and stories that I picture being 85, sitting on a porch with BK, telling stories to our kids. And I think, even through the next chapter of us doing solo things, that brotherhood remains.”