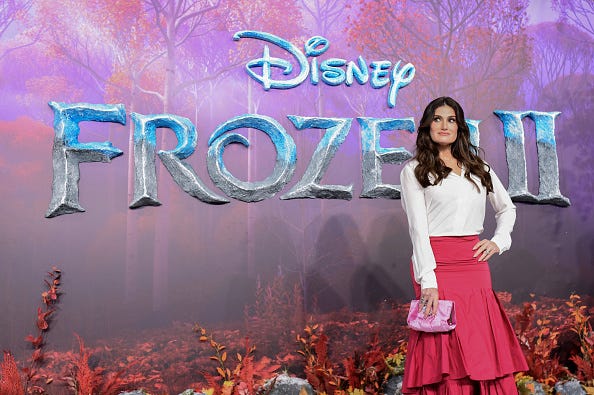 “Frozen 2” iced out all the competition at the box office.

The Disney animated musical debuted at number one and earned a record-breaking $127 million in North America over the weekend, according to CNN.

The film exceeded industry expectations which had estimated it would earn in the $100 million range.

Its closest competition was last week’s top film, “Ford vs. Ferrari,” which came in a distant second with $16 million.

“Frozen 2” also broke several records. It now stands as having the largest opening for any Walt Disney Animation Studios release in its over 80-year history. The sequel is also the biggest global opening for an animated film ever, making $350 million worldwide. “Toy Story 4” was the previous champ with $240.9 million.

The sequel also outperformed the 2013 original, which made $93 million over the five-day Thanksgiving weekend six years ago.

“Frozen 2” is expected to continue to dominate the box office heading into this year’s Thanksgiving holiday.

“We can’t open to a number this big without everybody coming out to see it,” Disney‘s Head of Distribution Cathleen Taff told MarketWatch. “We’re looking forward to a good run through the holidays given kids are going to start getting out of school this next week.”

One big draw of “Frozen 2” is that it keeps its original cast intact as the voices of Idina Menzel (Elsa), Kristen Bell (Anna) Josh Gad (Olaf) and Jonathan Groff (Kristoff) all return to embark on a journey beyond the kingdom of Arendelle.

Fans of the 2013 film’s ubiquitous theme song “Let It Go” will also be satisfied to know Menzel belts outs two solo numbers, “Into the Unknown” and “Show Yourself,” to keep them humming through the New Year.