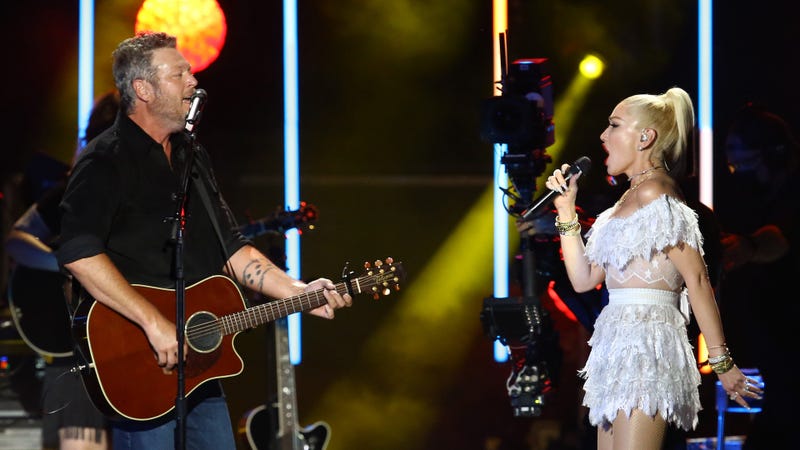 Nothing sweeter than a little Christmas duet around the holidays, especially when it’s performed by one of our favorite couples… Gwen Stefani and Blake Shelton.

Listen to your favorite Holiday music now on Audacy

The newlyweds took the stage together for Stefani’s Live From the Orange Grove holiday series on Monday with Blake appearing as a surprise guest.

The pair performed their original Christmas song, “You Make It Feel Like Christmas,” a tune that was included on Stefani’s 2017 album of the same name.

You Make It Feel Like Christmas (Live From The Orange Grove) · Gwen Stefani feat. Blake Shelton

It was a big year for the couple, who finally tied the knot on July 3 at a chapel Shelton built specifically for their wedding on his Oklahoma farm. The couple kept the event very intimate with only 40 guests, including Stefani's three kids.

Gwen and Blake met while working as judges on NBC’s The Voice in 2015, both having been previously married to other celebs. Stefani wed ex, Gavin Rossdale, in 2002 and divorced after nearly 13 years. They share three sons together.

Shelton wed fellow country singer, Miranda Lambert whom he divorced in 2015 after four years of marriage.