Water has become a powerful theme for Harry Styles. He soars over it in the music video for “Sign of the Times,” and he walks into the ocean in the video for “Adore You.”

But that feeling is nothing like the despair that comes from the knowledge that you’ve thrown away a good thing. Styles sits down at a piano in the dramatic, waterlogged video for his heartbreaking ballad “Falling” and lets his emotions pour out. 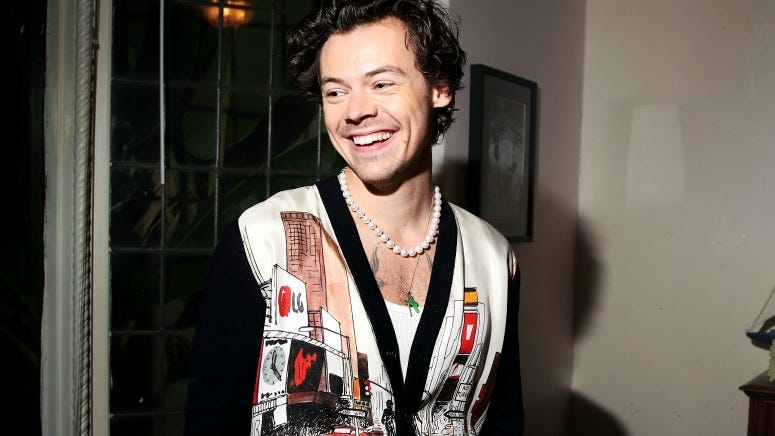 Harry Styles Finds More of Himself on ‘Fine Line’

But instead of feeling cleansed, his thoughts come back to overcome him. The more Styles sings, “What am I now? What if I'm someone I don't want around,” the more water pours out of the piano until he goes completely under.

“There’s a few things in it for me,” he said of the video. “That feeling of kind of being overwhelmed, you know you can feel like you’re drowning sometimes… and the fact that it’s coming from the piano, I guess it’s like writing these songs are what helps but also they can hurt you sometimes.”

Styles quipped that it would be nice to do a shoot once in a while that didn’t involve getting drenched, but says he’s grateful to the crew of the “Falling” video for making his job as easy as possible.

“They were actually pretty nice to me,” he said. “They warmed the water slightly which was nice. It was also freezing outside while we were filming it, so I think I would have got pretty ill if they hadn’t warmed it. But I appreciate it all the same.”

“Falling” falls into the troubled category on Fine Line, the new album Styles said was about having sex and feeling sad. But the overall feeling surrounding the LP is one of great pleasure and happiness.

“I think I’ll look back on the time of making this album as a very fond period of my life – just because I feel like I learned so much about myself,” he said. “I took a little longer to make the album. Every album I’ve made before that was done pretty fast and this kind of turned into about a year. There was a lot of time to sit and think and a lot of time for self-reflection.”

Hear more about the making of the video for “Falling” in our interview above, and watch Harry explain the meanings behind “Adore You” and “Watermelon Sugar” below.