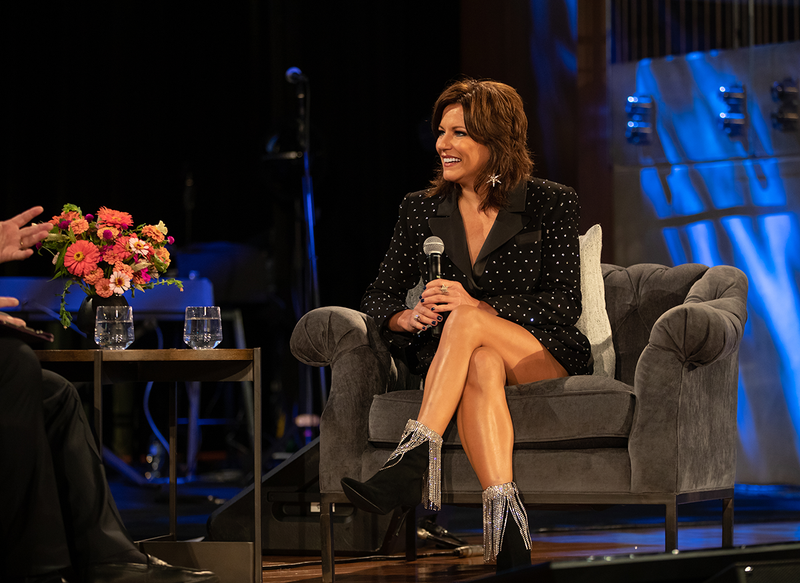 The Country Music Hall of Fame and Museum (CMHOFM) is celebrating the opening of its latest exhibit featuring Country great, Martina McBride, and we’ve got your sneak-peek inside!

The exhibit, Martina McBride: The Power of Her Voice, which opened July 30 shares the music and legacy of McBride as it tells her story from early days performing in her family’s band to becoming a chart-topping Country music artist.

Artifacts including McBride’s Female Vocalist of the Year awards, stage outfits, high school yearbook, wedding memorabilia, a letter from Dolly Parton and more are on display for the entirety of the exhibits residency at CMHOFM (closing August 7, 2022).

“Having an exhibit in the Country Music Hall of Fame and Museum is something I've had on my dream list for a long, long time,” said McBride. “Being able to share moments and mementos from my life and career with my fans and Country music fans from all over the world is both humbling and exciting. I'm so grateful to be a part of country music.”

A post shared by Country Music Hall of Fame (@officialcmhof)

In addition to the exhibit, CMHOFM put together a video featuring an interview with McBride as well as performances of some of her biggest hits. The video will become available to fans beginning August 31 and can be viewed on Facebook and YouTube.