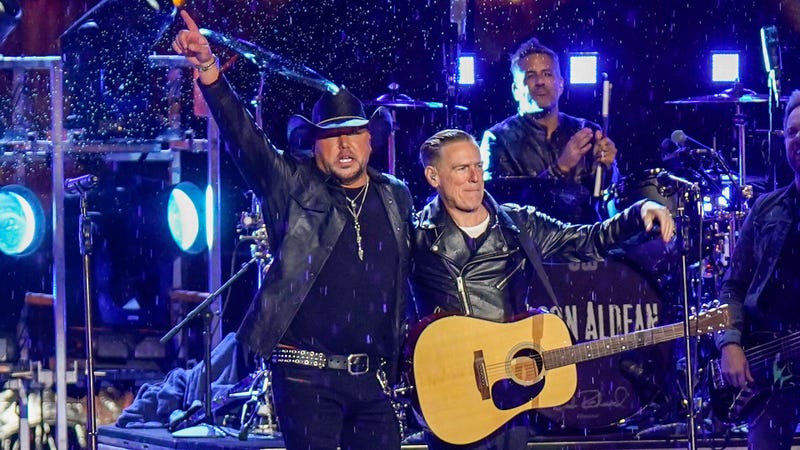 Jason Aldean and Bryan Adams treated CMT Music Awards viewers to an extra special performance Monday night as they re-created their moving duet of Adams’ “Heaven” for the first time since they first sang it together on CMT Crossroads in 2014.

Aldean and Adams took to the outdoor stage in the middle of Nashville’s famed Broadway strip as it rained during their performance, but the rain created a special magic that mirrored the pair’s brilliant vocal performance.

Jason’s solo version of “Heaven” is included on his most-recent album, Macon, which also includes his highly-popular duet with Carrie Underwood, “If I Didn’t Love You.”

Jason was humbled by the wins, especially with video of the year as he told fans it was the first time he’s ever won in that category.