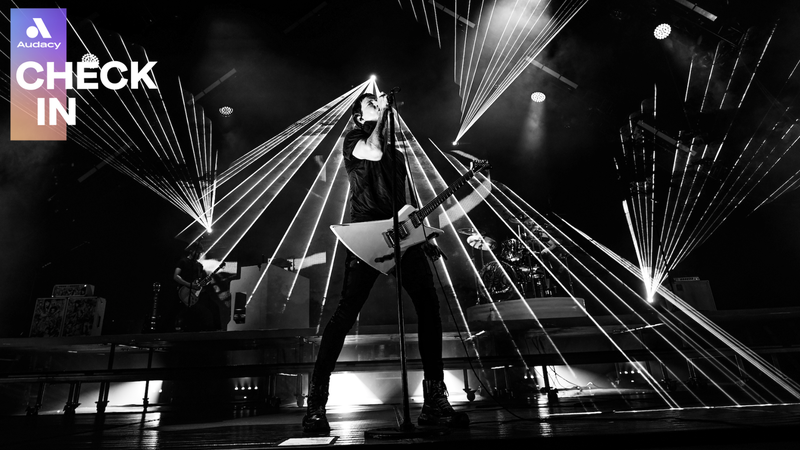 Stephan Jenkins of Third Eye Blind joins us for a special Check In today ahead of the band’s appearance at this weekend's Audacy Ocean Front Concerts in Virginia Beach.

Fresh off a massive U.S. tour with Taking Back Sunday that began back in June, Third Eye Blind is getting set to hit the stage once again at Audacy's Oceanfront Concert in Virginia Beach this Friday, August 26, alongside Meg Myers.

“We just got off tour! We did two months, it was our first time touring in three-plus years -- a proper, big ol’ tour,” Jenkins tells Audacy host Vaughn. “And we didn’t get enough of it." On top of the bonus performance, Jenkins is also looking forward to catching some waves while he's in town. "It's like a surf contest," he adds. "I'm gonna bring my board!"

On the just-wrapped outing, 3EB had made a valiant attempt to cram as many songs from their quarter-century career into their sets. "It was kind of a retrospective setlist as best we could," says Jenkins. "It's very hard to put 25 years of a band into a two-hour set, but we gave it a whack." In those 25 years, seven studio albums have been released, and there are still more to come, he says. "We got another one that we're working on right now, we did an unplugged. I think we're gonna do another unplugged. We actually found that we enjoy just getting another crack at our songs all like, Ren Faire, kind of backpacker vibe."

Looking back at the band's latest studio offering, 2021's Our Bande Apart, one track that stood out for both Stephan, and host Vaughn, is the track "Dust Storm." Jenkins explains, "in the first days of that pandemic, I think people forget just how freaked out we all were... I remember I went to Whole Foods, and I came back and took off all my clothes because they must be teeming with COVID at the store. Which was totally not true, but I was just tripping like everyone else. You start to find music that is like a friend to you in that time and I started finding all this L.A., neo-folk stuff."

Stephan says he became "taken" with the honesty of the songwriting coming from artists in that scene like Phoebe Bridgers, which caused him to question his own songwriting. That questioning was itself, truthful he found, realizing that hyper-honesty can sometimes seem exhibitionist. "I wrote it from that point of view... I wrote it almost as a reaction about, 'are you being hyper-honest, or is this kind of a pose?' And I was like, 'it doesn't matter whether it's a pose or not.'"

"I think part of the really good thing about the lockdown and coming out of that in the last few years is just the rediscovery of that just pure music impulse," he adds. "I'm really happy to go play this gig because we were exhausted after two months straight on the road, but also we didn't get enough. So we want to get some more licks in."

Check out the full Audacy Check In with Third Eye Blind above, and stay tuned for even more conversations with your favorite artists right here on Audacy.

Listen to your favorite music now -- curated for fans, by fans -- on Audacy’s Third Eye Blind Radio, and more!