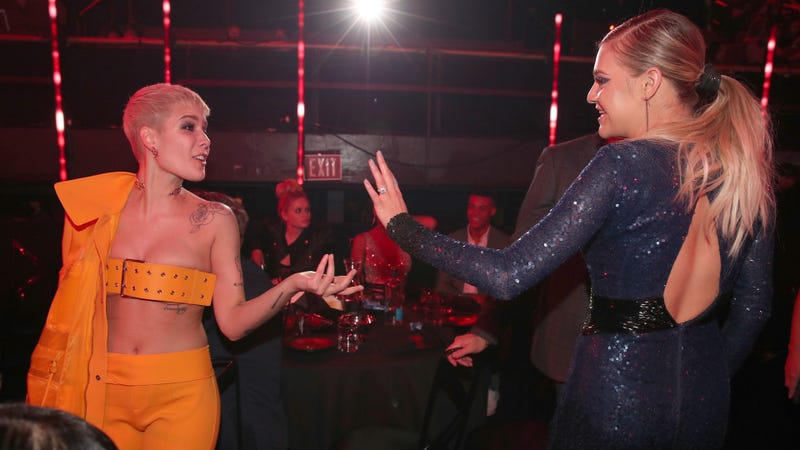 Kelsea Ballerini is celebrating the release of her brand new album, Subject To Change, and she’s holding nothing back.

The project marks the 29-year-old’s fifth studio album, and while, sonically, it may be lighter than past projects, Ballerini says her truth is shared like never before.

“With a title like that, I really wanted to dive into the growth of my last couple of years of life,” she told Audacy’s Rob + Holly. “It’s the most upbeat, breezy sounding record I’ve ever gotten to put out, or that I’ve ever made, but I think there’s more meat on the bones than ever before too.”

Some of that meat is on display on the track, ‘Doin’ My Best,’ where Kelsea calls out a certain “pop star” and their failed friendship.

“I was friends with a pop star / I put ‘em on track 4 but / wish I could take it back / I would’ve never asked/ If I knew we wouldn’t talk anymore,” the lyrics read.

After some light investigation, all references point to Halsey who appeared on track four ["The Other Girl"] of Kelsea’s previous album, kelsea.

“I did put the track number,” Kelsea bashfully replied when asked about the reference. “The intention behind that lyric — I do feel like I do have to say this —  it is not meant to be a shady lyric.”

She continued, “The whole idea of that song — that song is going to be one that people talk about and I know that —  It’s the idea of taking ownership of my cringe. I wanted to acknowledge all of the things that people have watched happen in my life and just go, ‘Yup. Here’s the messiness, I’m owning it, I’m doing my best.’”

Hear more about the track, “Doin’ My Best,” and the rest of the Subject To Change album in her conversation with Rob + Holly above.