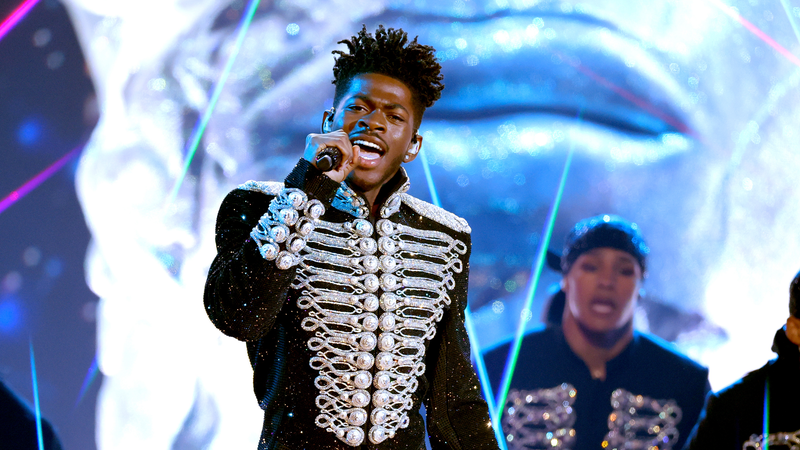 Wait what?! Who’s actually here for The Wiggles to join Lil Nas X on tour? Because on Wednesday, Lil Nas jokingly (we’re guessing) tweeted the he was “trying really hard to get the wiggles to coheadline the tour with me,” assuring that he’d, “keep you guys updated," on the response.

So ummm, if he’s for serious, we’re not quite sure what prompted Lil Nas to want the Australian children's band to join him on the road for his upcoming Long Live Montero Tour, but whatever let’s just go with it. Because just a few hours later The Wiggles replied enthusiastically accepting the offer, tweeted back, “We’re ready to wiggle with you!”

Then things got extra “Hot Potato” when Anthony Field, the original blue Wiggle and only member still in the group since it formed in 1991, separately responded to Lil Nas's tweet, writing, “The Big Red Car is packed and ready mate! Let's Wiggle!”

And while we’re still here going huh? Lil Nas seemed hype with the responses. The next day posting a screenshot The Wiggles reply tweet alongside that LeBron James story turned meme that reads, “Smiling through it all! Can't believe this is my life.”

Which he followed up with a video of 2 men in Tupac t-shirts, one performing with his shimmying hype man by his side, backed to The Wiggles bop "Fruit Salad,” with an added message of his own reading, "me supporting the wiggles on our tour this fall.”

me supporting the wiggles on our tour this fall pic.twitter.com/W5mxeIi5oQ

Not gonna lie, we’re kinda getting on board, but if you’ve followed Lil Nas X for literally any amount of time, you already know, he be doing this kind of thing all the time. Let’s not forget his take on Drake’s Certified Lover Boy album cover that took over the internet first with its hilarity and then with various copy cats.

So while sadly The Wiggles won’t actually be joining Lil Nas as co-headliners, maybe after this exchange they’ll pop up at a show for some “Fruit Salad” fun.

General ticket for the North American leg of the Long Live Montero Tour tour are now available to purchase here. While tickets for European dates will go on sale beginning Friday, May 6 at 10AM local time.