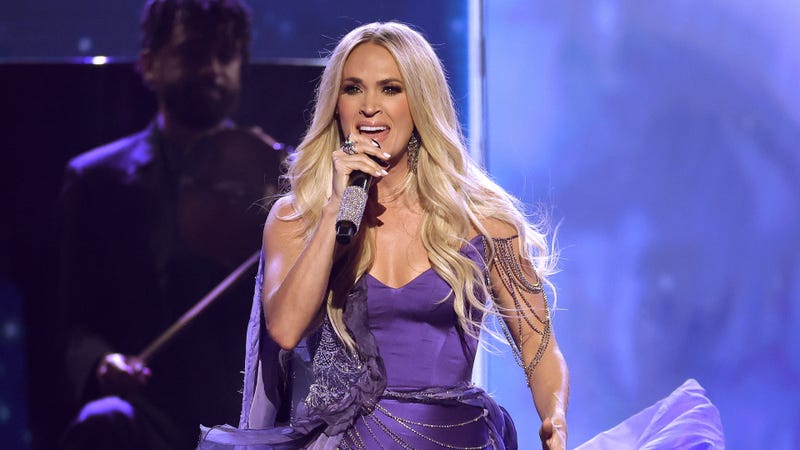 Join hosts Rob + Holly as they kick the weekend off with good vibes, the best music and special guest, Carrie Underwood! Listen on your favorite Audacy Country station.

The new project, produced by Underwood alongside David Garcia, features 12 new tracks, 11 of which were co-written by Underwood.

With the music out in the open, Carrie is easier to embark on her Denim & Rhinestones Tour with special guest Jimmie Allen. The trek will kick off Fall 2022 and run through Spring 2023.

Hear more about the music, tour and what Carrie’s been up to by tuning into the Friday Night Takeover With Rob + Holly this Friday at 7pm! Plus, get your votes in now for the daily Top 7 @ 7 countdown!