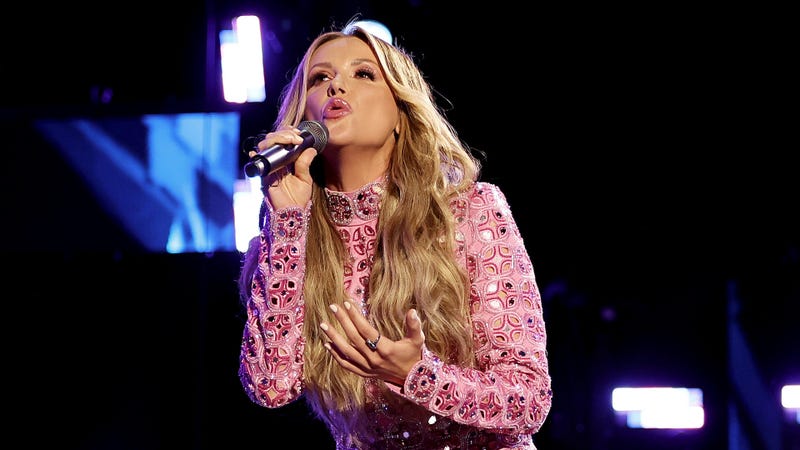 Join hosts Rob + Holly as they kick the weekend off with good vibes, the best music and special guest, Carly Pearce! Listen on your favorite Audacy Country station.

Currently on the road with Kenny Chesney and having released a brand new single to Country radio, it’s proving to be a busy summer for Carly Pearce and she wouldn’t have it any other way!

After hitting #1 with her most recent single featuring Ashley McBryde, “Never Wanted To Be That Girl,” Pearce is ready to do it again as she continues to show her vulnerability with a new single “What He Didn’t Do.” The track was originally released as part of her her album, 29: Written In Stone.

Carly continues to share music from 29 and 29: Written In Stone while on the road as part of Kenny Chesney’s Here And Now Tour also featuring Dan + Shay and Old Dominion.

Hear more about Carly’s busy summer and what else she has coming up by tuning into the Friday Night Takeover With Rob + Holly this Friday at 7pm! Plus, get your votes in now for the daily Top 7 @ 7 countdown!