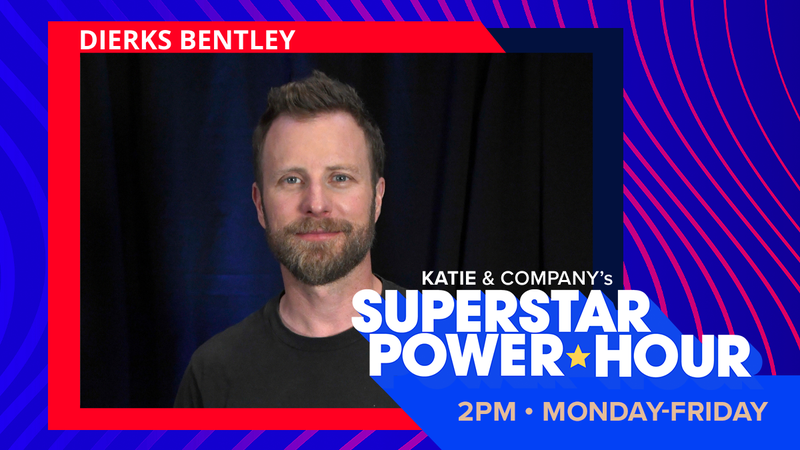 Audacy's Katie Neal welcomes Dierks Bentley to our airwaves as this week’s co-host for the Superstar Power Hour on all your favorite Audacy Country stations nationwide.

Dierks Bentley has officially made it to the big time as he was recently awarded his very own star on the Nashville Walk of Fame. Surrounded by family, friends and fans, Dierks was honored during a ceremony in Nashville,TN recognizing his hard work and accomplishments as a Country musician.

“Very honored to receive my own star on Nashville’s Walk of Fame. And to share the moment with Connie Smith, Bobby Bare and Keb’ Mo,’” Dierks captioned a post with a photo from the ceremony. “Thanks, @billcodywsm and @martystuart for the intro. And thanks Mom for flying out! Great to see some friends and long time fans there too.”

Heading into a new week, Dierks is readying to reveal the line-up for his Seven Peaks Music Festival, taking place in a new location this year in Villa Grove, CO. Check out who will be performing as Dierks reveals the line up on April 13.

“I’m excited to announce that this year @sevenpeaksfest is coming back bigger and better than ever,” he shared with fans. “We’re moving to a new location this Labor Day Weekend to Villa Grove, CO in the San Luis Valley. Passes are on sale 4/22, presales for DB Congress start 4/19. The lineup will be revealed on 4/13, can’t wait to see y’all.”

Listen as Dierks checks in with Katie & Company every weekday from 2PM - 3PM on your favorite Audacy Country station.