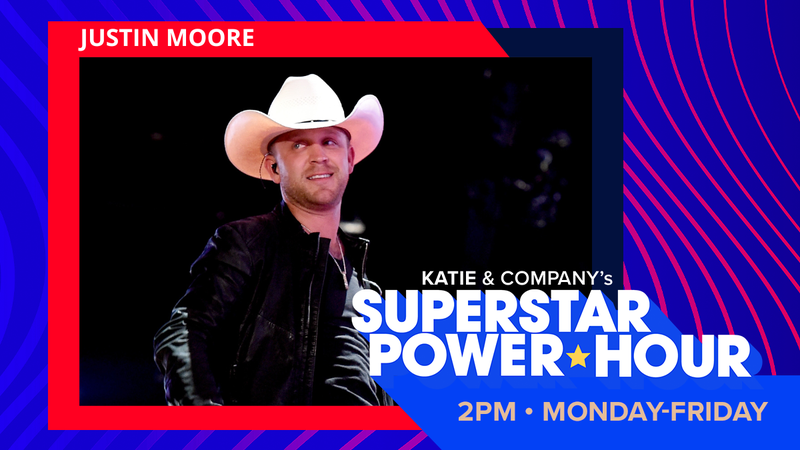 Audacy's Katie Neal welcomes Justin Moore to our airwaves as this week’s co-host for the Superstar Power Hour on all your favorite Audacy Country stations nationwide.

As his current single, “With A Woman You Love” continues to climb the Country charts, Justin will join Katie Neal to talk everything from his music, tour and his kids heading back to school.