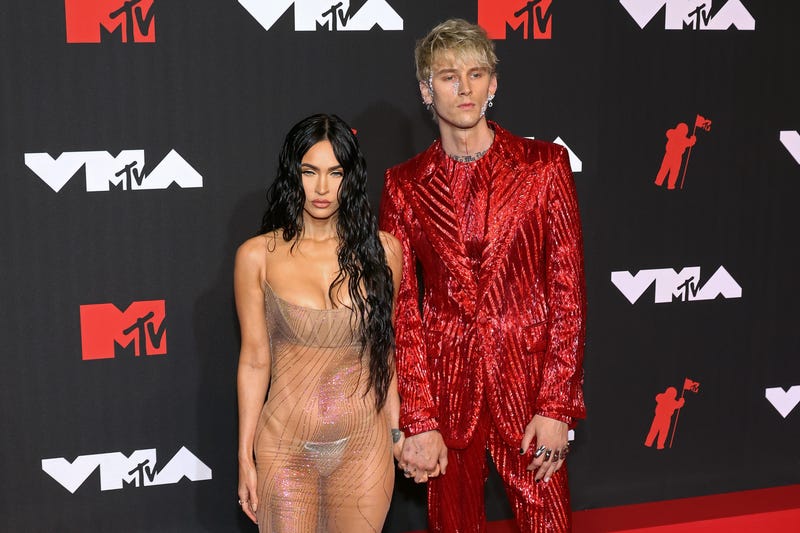 Machine Gun Kelly wants to make sure his wedding day is “Dynamite” as he goes down the aisle with his soon-to-be wife, Megan Fox.

During his Monday (March 7) appearance on The Ellen DeGeneres Show, the Blonde Don revealed that he wants BTS to be at his wedding after he and Fox exchange vows and hit the dancefloor. Out of all the boybands, MGK has his heart set on BTS but revealed that *NSYNC was a close second option.

When Ellen asked MGK, born Colson Baker, a handful of rapid-fire questions during her “Burning Questions” segment he said, “Which boyband am I gonna know the most songs of? For sure NSYNC. “But which band do I surprisingly know all these facts about? BTS!”

MGK is confident BTS would make an effort to show up to his big day because he and the “Butter” global superstars already have a connection. He noted, “I met them at the Billboard Awards, they were, like, stoked to meet me. I think I have a better chance of getting BTS to come.”

Baker and Fox got engaged in January and shared their plans to marry across Instagram. Recently, MGK has been candid about his relationship with the Jennifer’s Body star during various TV appearances. Last month the singer told James Corden he wants to get married in a gothic setting alongside a red river.

Stream all your favorite BTS hits and more on BTS Radio!

During his conversation with Ellen, the “Emo Girl” artist spoke about supernatural events that he and Fox witnessed in their house. “The lady who massages us was like, ‘Yeah I used to see this dark shadowy figure at the edge of your table every time I would massage you in this house,’” MGK shared. “Megan would call me and be like, ‘You gotta come home right now, the bedroom door just kicked open.’ And then one day we were laying in bed and the bedroom door just kicked open and I was like, ‘Oh my God, we gotta get out of here.'”

Check out MGK’s interview below.