Amy Winehouse was a unique artist who passed away tragically young at the height of her creative powers.

A controversial pop star, Winehouse -- whose birthday is Sept. 14 -- had a distinctive musical style, adopting the soulful crooning of throwback R&B legends and updating it for the 21st century.

Winehouse’s legacy is no illusion. These are five artists who have admitted to being inspired by the late singer.

Taking cues from Amy Winehouse's soulful singing style, Adele has cited the late British singer as a formative influence. At a 2016 concert in Boston, Adele delivered a touching tribute to Winehouse, saying, "I feel like I owe so much of my career to her." She went on to pinpoint the project that made the strongest impression on her. “I went to music school when I was 14, and when I was like 15 and a half, 'Frank' came out. I used to see her on TV or in magazine shoots with a pink electric guitar, and I used to think she was the coolest motherf-cker on the face of the Earth." In this video, the two are seen performing together on stage at the 2008 BRIT Awards.

When one legend recognizes another. An artist with an enormous influence of her own, Beyoncé, along with Andre 3000, covered Winehouse's track "Back to Black" for the soundtrack to 2016's "Great Gatsby." The song is a fascinating recreation, with the ever-weird 3000 eager to adopt Winehouse's emphatic singing style and Beyoncé paying homage to Winehouse's style with her sultry, reverb'd out verse.

In a 2014 interview, Atlanta legend Future called Amy Winehouse "one of my favorite artists" and said getting a chance to record in the same studio that she once did was "destiny." He even referenced her directly in his music. On his 2013 mixtape "Black Woodstock," Future Hendrix shouted out the late singer on a song called "Rehab (Amy Winehouse)," commiserating over his own struggles with substances on the syrupy Drumma Boy-produced hit, albeit in a tongue-in-cheek -- but still reverent -- way.

Both bold provocateurs with a singular vision for their art, it's no surprise that Gaga was inspired by Winehouse. In Gaga's 2017 Netflix documentary, a moment reveals the source of Gaga's impulse to shock the audience. "The methodology behind what I’ve done is that, when they wanted me to be sexy, or they wanted me to be pop, I always f-ckin’ put some absurd spin on it that made me feel like I was still in control," she says. "So you know what? If I’m gonna be sexy on the VMAs, and sing about the paparazzi, I’m going to do it while I’m bleeding to death and reminding you of what fame did to Marilyn Monroe, the original Norma Jean, and what it did to Anna Nicole Smith, and what it did to…" Gaga then paused and said, “Yeah. You know who.” 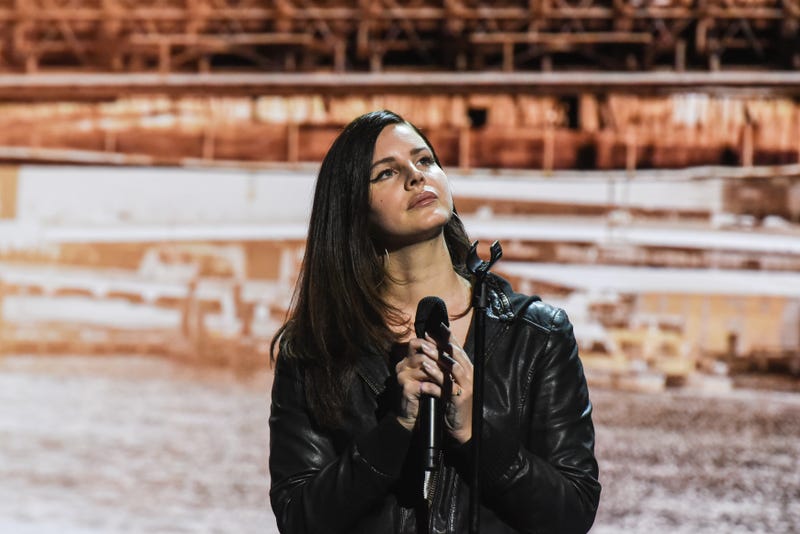 In a 2013 interview with FASHION, Lana Del Rey admitted to being deeply influenced by Winehouse for her courage to be herself. "I believe in Amy Winehouse," she said. "I know she’s not with us anymore but I believe she was who she was and in that way she got it right."