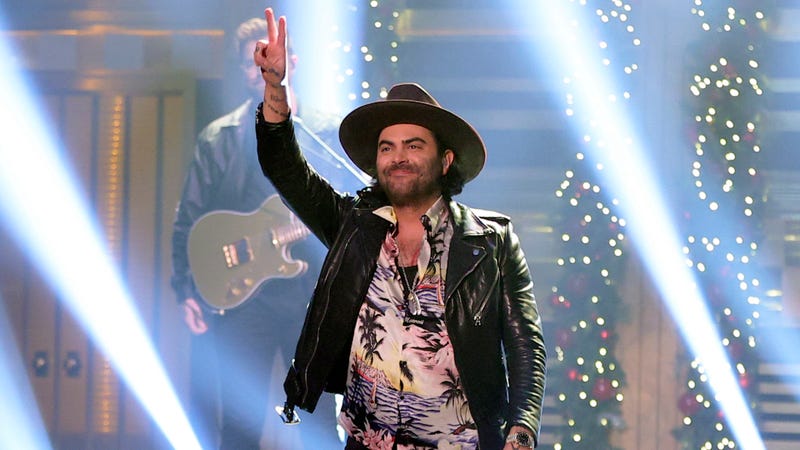 Niko Moon is Country’s resident “happy guy.” With lyrics reflecting his optimistic mentality and a constant buzz of fresh energy, it’s hard to believe he’s ever sad, or that anyone could find him less entertaining than a gumball machine. Allow us to explain.

Niko shared with Audacy’s Rob + Holly that he had a rough start to music as it never came naturally to him. While he put in the work and held his chin high, he ultimately hit rock bottom at a gig one night when a listener was more entertained by a gumball machine that Niko’s set.

“You know sometimes when you go into a restaurant, and you walk into like, a little room in-between the double doors and there’s like some newspapers or something?” Niko explained, “That’s where he [the manager] set me up… Worst gig ever!”

As if being jammed into the small, awkward area wasn’t bad enough, Niko got the wake up call he never wanted when a little boy approached him.

“This kid walks up, about an hour into the gig,” Niko shared. “He’s looking at me… he’s like a shining light of hope… he’s watching me. I lean down to him like, ‘How’s it goin’ little buddy? You want me to play a song?’”

“He’s like, ‘Oh, no… I just want some gum.’ I realized I’d been sitting in front of a gumball machine.” OUCH!

The 39-year-old has come leaps and bounds from that moment when he seriously considered quitting music, but he makes sure to remind himself of tougher days with a special fixture in his recording studio.

“In my recording studio in Nashville, where I make all my music right next to my recording console, I got a gumball machine,” Niko laughs.

“I love looking at that when I’m in the studio just to remind me of that moment and the fact that I didn’t give up because I was so close to wanting to give up.”

“Anybody who’s listening right now and you love what you do, but it might seem like you’ve been doing it for a while and you’re not where you think you should be,  Don’t give up,” he preached. “Keep going.”