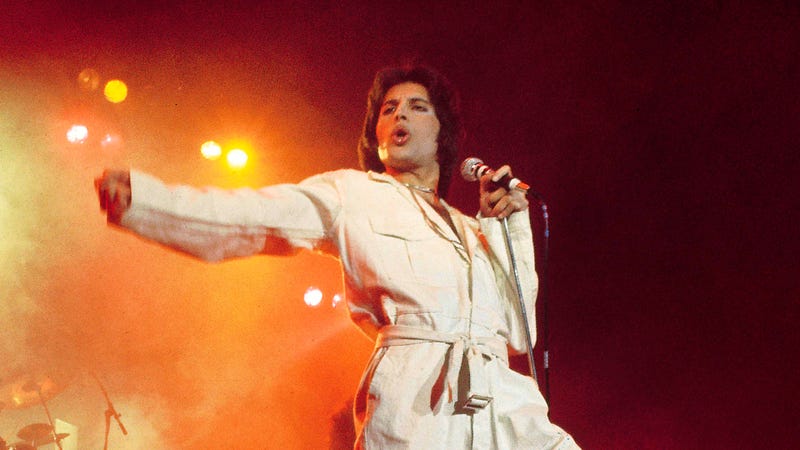 Hey, sometimes things slip through the cracks... but this '80s throwback is one for the record books! The surviving members of Queen have released an unearthed track from their 1988 The Miracle sessions featuring vocals by the late Freddie Mercury.

Listen to Queen Radio and more on the free Audacy app

The band first made the revelation of the track's existence back in July 2022 during late Queen Elizabeth II's Platinum Jubilee, with Queen guitarist Brian May telling the BBC, "It’s wonderful, actually. It was a real discovery." Originally planned for a September release, the throwback track, "Face It Alone," has finally arrived along with a lyric video to follow along.

The new/old track features all four original members of Queen (Freddie Mercury, Brian May, John Deacon, and Roger Taylor), and is among 30 songs recorded for the band's 1988 album, The Miracle, which ended up containing a total of just 14 of those.

"I’m happy that our team were able to find this track. After all these years, it’s great to hear all four of us … yes, Deacy is there too," Brian May said upon the song's release. "We’d kind of forgotten about this track,” drummer Roger Taylor added. “But there it was, this little gem. It’s wonderful, a real discovery. It’s a very passionate piece.”

"Face It Alone" is one of six unreleased tracks to be offered up on Queen’s The Miracle box set, scheduled to drop on November 18, which will also feature multiple outtakes, instrumentals, radio interviews, and demos. Additionally, a full line of merchandise has been created in celebration. Full details can be found right HERE.